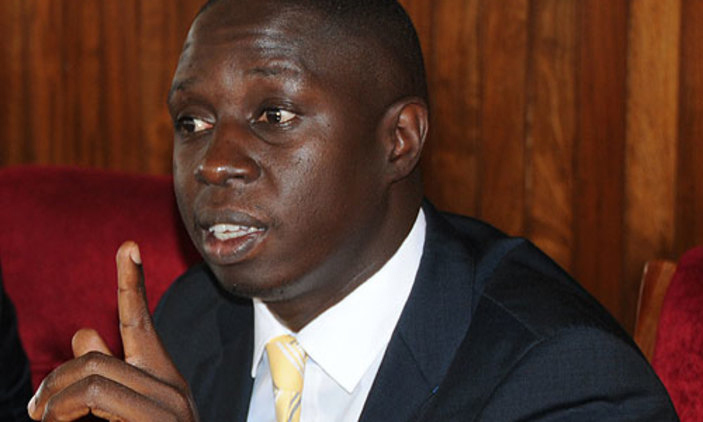 Kampala Central MP, Muhammad Nsereko, has urged all the candidates vying of the opposition vying for Presidency come 2021 to withdraw from the race and instead rally behind the National Unity Platform presidential candidate Robert Kyagulanyi Ssentamu also know as Bobi Wine.

While appearing on NBS Television on Tuesday morning, Nsereko said that it is only logical for opposition members to unite and back Kyagulanyi who he says is clearly leading the race to end President Yoweri Museveni’s 35 year old regime.

“The reality is that the leading champion for change is Robert Kyagulanyi. If only we (opposition) would unite and rally behind him, we would be a stronger force,”

Mbidde told a gathering in Masaka that his DP president and also presidential candidate, Norbert Mao, had granted him permission to support Kyagulanyi.

According to Nsereko, the opposition has a chance to unite under Kyagulanyi even after the presidential nominations if the candidates’ mission is really to oust incumbent Museveni.

“We can only be stronger if we unite. We can not simply wish it away that Kyagulanyi is leading. Let us get behind him,” Nsereko added.

Nsereko said that the NRM chairperson and incumbent President Museveni had the chance to extend the elections due to Covid-19 but did not.

Nsereko said that if the President really wants to crack the whip, let him start by arresting musician Moses Ssali, alias Bebe Cool who is campaigning for him.

“Force will not work. You can only persuade people not to join processions. Harassing Kyagulanyi’s supporters is pathetic. When crowds see their darling, they will automatically come,” Nsereko said.