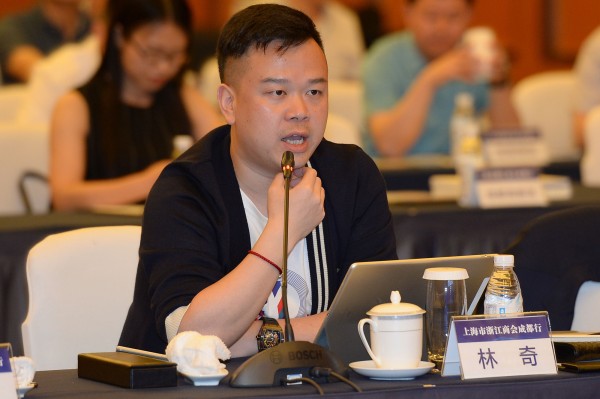 Lin Qi, 39, chairman and CEO of the Chinese entertainment company Yoozoo Group and a producer on Netflix’s upcoming series The Three-Body Problem, has died after allegedly being poisoned on Dec. 16.

Yoozoo Group confirmed that Lin died on Christmas Day after having been hospitalized about a week earlier. Police in Shanghai are currently investigating his death, and have apprehended a suspect surnamed Xu, who Chinese media outlets have identified as Lin’s colleague at Yoozoo, Xu Yao. Local reports also allege that a dispute among Yoozoo executives preceded Lin’s death.

Lin founded Yoozoo in 2009 and helped steer its successful transition from producing online games to mobile games. In a statement Friday, the company said, “The board of directors gives its highest respects to the chairman for his contributions to the firm,” and added that executives and employees felt “deep grief and mourning, and send their sincere condolences to the family.”

Lin was an executive producer on Netflix’s forthcoming adaptation of The Three-Body Problem along with Game of Thrones showrunners David Benioff and Dan Weiss. The series is based on a trilogy of sci-fi novels (to which Yoozoo holds the rights) by Chinese author Liu Cixin, depicting humanity’s first contact with an alien civilization.

Controversy around the series arose earlier this year due to resurfaced comments by Liu, in which he appeared to defend the Chinese government’s mass imprisonment and persecution of Uyghur Muslims. In September, five U.S. Senators sent a letter to Netflix criticizing the streamer for associating with the author.

“Mr. Liu is a Chinese citizen living in China — he is the author of the books, not the creator of this Netflix series,” Netflix wrote in a reply. “We do not agree with his comments, which are entirely unrelated to his book or this Netflix show.”