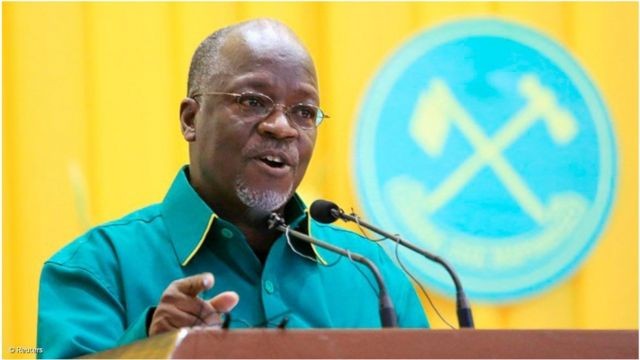 Tanzanian Prime Minister Kassim Majaliwa has said that President John Magufuli was “strong and working hard as usual”, dismissing fears he was ill after an extended public absence.

Magufuli has since February 27 not been seen in public, and has failed to make an appearance even to appease days of rumours he is gravely ill with Covid-19, which have caused panic on social media.

“I want to assure Tanzanians that your president is strong and working hard as usual. You should not worry,” Majaliwa told a mosque in the southern region of Njombe, in a video posted online.”

I even talked with him this morning about my trip in Njombe and he told me to greet you on his behalf. I talked with him on phone from Dar es Salaam and I was in Dodoma,” said Majaliwa.

The comments are the first direct rebuttal of rumours that Magufuli is ill.Tanzania’s information minister and justice minister have this week only threatened those spreading rumours with jail time, without directly addressing the concerns.

The main opposition party Chadema on Friday again called for an explanation on where the president is.

“We are forced to ask this since the president appeared in public some two weeks ago and no official statement has been issued after media reports that he was hospitalised. We have the right to know this,” said Chadema secretary general John Mnyika at a press briefing.

He says his sources indicate Magufuli has been flown to India for health reasons, while a newspaper in Kenya said he was hospitalised in Nairobi. None of these reports have been confirmed.

Magufuli insisted for months that Covid-19 had been fended off by prayer, refusing measures such as masks and lockdowns. But last month he conceded it was still circulating after the vice-president of semi-autonomous Zanzibar was revealed to have died of the virus.

Several Tanzanian officials have died recently, while the finance minister appeared last month coughing and gasping at a press conference outside a hospital to dispel rumours he had died of Covid-19.

Tanzania stopped releasing data on Covid-19 in April 2020 and in January Magufuli said vaccines for the disease were “dangerous”.