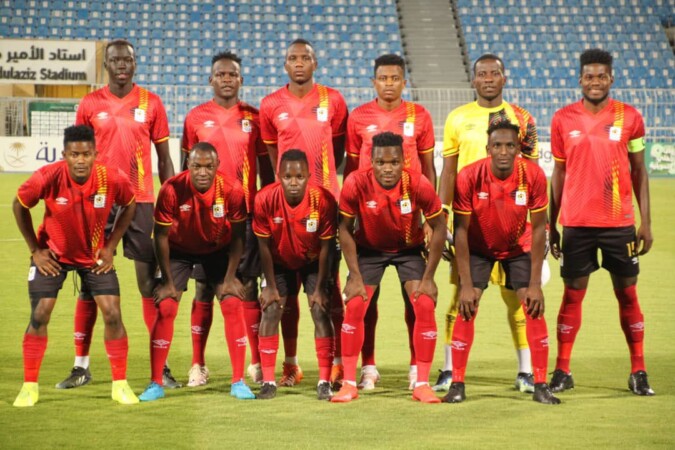 Uganda Cranes U23 Team that featured against Saudi Arabia in a 2-0 loss to the hosts. (Photo/File)

The draws for the CECAFA U-23 Senior Challenge Cup tournament have been held on Tuesday afternoon with Uganda Cranes, the defending champions pitted in Group A.

The CECAFA U-23 tournament is scheduled to kick-off on Saturday 17th July hosted in Bahir Dar, Ethiopia, with nine countries set to participate in this year’s championship.

Uganda will vie against Democratic Republic of Congo (guest country) and neighbors Tanzania to battle for supremacy in the three-man group.

Ethiopia, this year’s hosts have been placed in group B alongside Burundi and Eritrea while Djibouti, South Sudan, and Kenya will compete in Group C of the 9 team tournament.

Top teams in each group will qualify automatically for the tournament semi-finals while the best second-placed team from the three groups will join to make four teams in the knockout round.

All participating member associations expected to send teams to the tournament will have to pay Twenty thousand dollars (US$20,000) according to CECAFA (Council of East and Central Africa Football Associations).

The CECAFA Senior Challenge Cup will have players of 23 years and below with an addition of three over-age players basing on the new tournament rule.