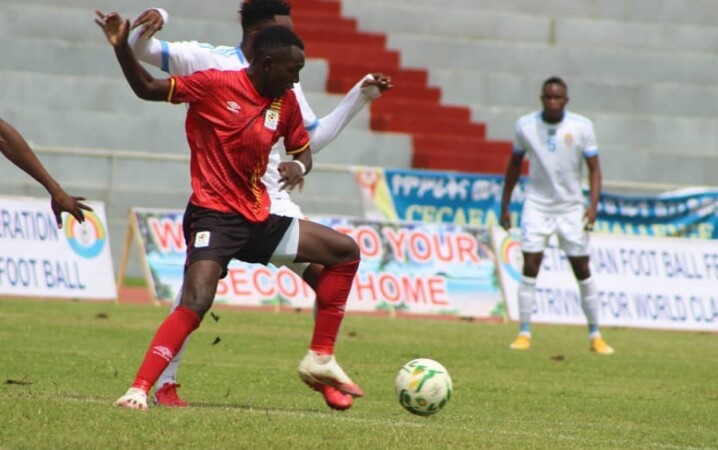 The Uganda Cranes U23 Team, the Kobs played out a goalless draw against guests Democratic Republic of Congo (DRC) in the ongoing 2021 CECAFA U-23 Challenge Cup in a match held at the Bahri Dar International Stadium on Sunday afternoon.

Although the Kobs dominated much of the game, they were unable to unlock the solid defence line of DRC, with Uganda’s forward Derrick Kakooza missing from close range off captain Enock Walusimbi’s pass in the earlier minutes of the game

The CECAFA giants lost midfielder Steven Sserwadda through injury in the 38th minute and KCCA playmaker, Bright Anukani was introduced to fill the void left before halftime.

On the 60th minute, forwards Kakooza and Steven Mukwala got rested for Najib Yiga and Samuel Ssenyonjo respectively.

15 minutes later, Abdallah Salim and Sadam Masereka were introduced for Julius Poloto and Karim Watambala respectively but to no avail.

Uganda will now play traditional arch-rivals Tanzania on Sunday, 25th July 2021 in their second game in Group A.

The second game of the doubleheader between Kenya and Djibouti kicked off at 4 pm.

In other games played earlier on Saturday, July 17, hosts Ethiopia and rivals Eritrea share the spoils in a 6 goal thriller at the same venue.