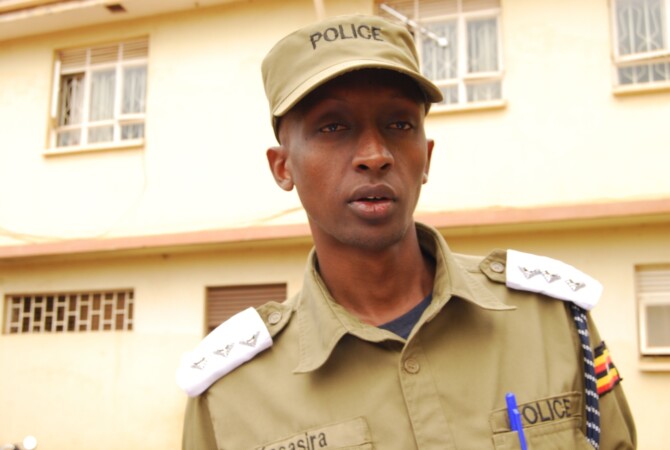 Police in Mbarara city have arrested three of their own officers for allegedly extorting money from bodaboda cyclists at security checkpoints in the district.

The suspects were reportedly manning a checkpoint at Nyamitanga along Mbarara-Kabale highway where they were fleecing money from motorists.

Acting on a tip-off from the cyclists on Friday morning at around 10:30 am the Mbarara City Resident Commissioner Lt Col James Mwesigye and a hit team drove to the checkpoint and arrested a Police Constable Ezra Akatuhurira.

Samson Kasasira the Rwizi Region Police spokesperson, says Akatuhurira was escorted to RCC’s office, and upon being searched and Shs 36,000 was recovered from him.

Kasasira adds that upon further interrogation, the suspect confessed that other police officers who were at the said checkpoint were also extorting money from motorists.

This prompted the RCC to rush back to the checkpoint and arrest other officers including Sgt Wachemba Harriet, from Traffic who was commanding the checkpoint, and PC Katushabe Hassan.

The fourth suspect, PC Katumba Joseph is currently on the run but Kasasira confirms that inquiries are already at hand.