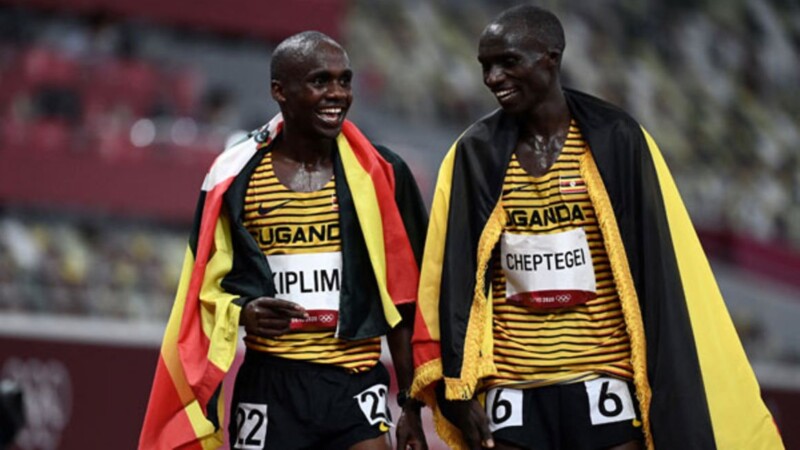 Cheptegei finished second in 27:43:63 behind Ethiopia’s Selemon Barega to earn a Silver Medal, while his counterpart Jacob Kiplimo clinched Bronze in third position after racking up the 25 laps in 27:43:88 time.

Moments before, another Ugandan, Stephen Kissa bowed out of the race just over 19 minutes after leading for most of the time.

The reasons to his withdrawal are yet to be known, although may athletics commentators termed his race as a pace setter for his counterparts.

Ethiopia’s Berihu Aregawi and Grant Fisher from the US came in 4th and 5th while Kenya’s Ronald Kwemoi and Ronex Kipruto finished 7th and 9th respectively.