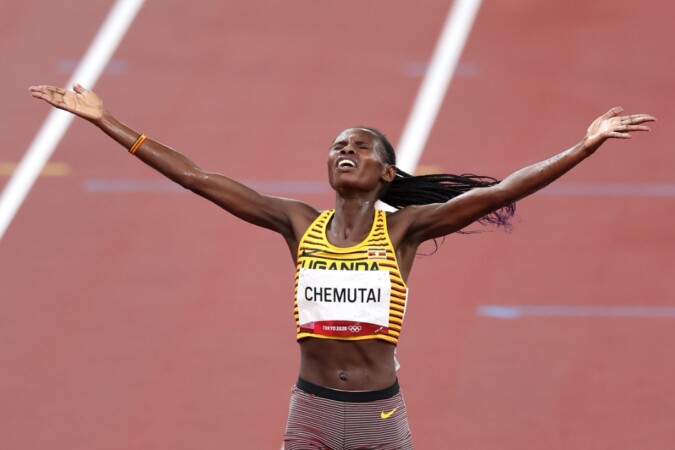 Uganda's Peruth Chemutai crosses the line to win the women's 3000m steeplechase final during the Tokyo 2020 Olympic Games at the Olympic Stadium in Tokyo on August 4, 2021. AFP PHOTO

Chemutai becomes the first female Ugandan to ever win an Olympic Gold Medal.

She is also only the third Ugandan to win an Olympics Gold medal Stephen Kiprotich in 2012 and John Akii-Bua won gold in the Steeplechase race during the 1972 Olympic games.