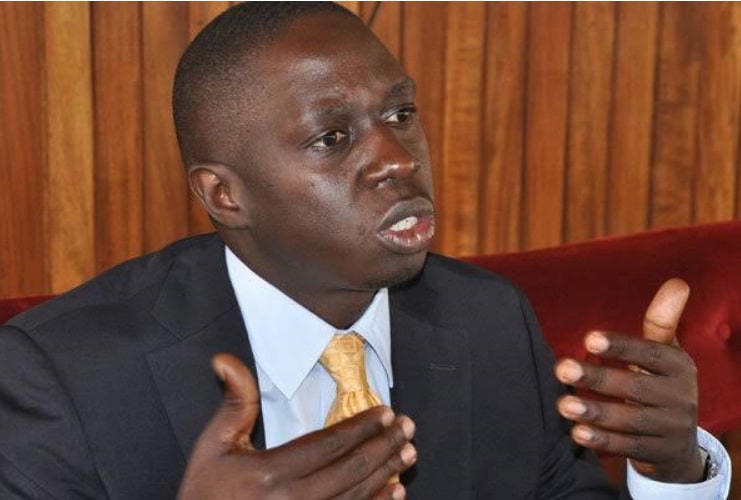 Kampala Central Member of Parliament Muhammad Nsereko has spoken out on the purported arrest of toxic blogger Fred Lumbuye saying he has always been sponsored by the National Unity Platform (NUP) under the leadership of Robert Kyagulanyi aka Bobi Wine.

Nsereko said this while responding to a section of his supporters on Facebook who were advocating for the rights of the ‘criminal’.

Lumbuye was arrested in Turkey this week for yet to be known reasons. The motormouthed blogger according to Minister Oryem was expected to be deported to Uganda today, although, by press time, there was yet to be any news on whether Lumbuye was in the country or not.

A couple of days ago Kyagulanyi said that the governments of the world ought to protect the rights of political dissidents and exiles who have sought refuge in their countries adding that the arrest of Lumbuye should be of great concern to many Ugandans who support freedom both at home and abroad.

But Nsereko insisted that Lumbuye is a criminal who doesn’t deserve any sympathy wondering why Kyagulanyi and colleagues are busy fighting for the rights of a man who has been inciting terrorism, hate speech and promoting sectarianism.

He said that all personalities that have posted about Lumbuye’s freedom are the people that have been supplying fake information and promoting terrorism through Lumbuye and his fellow bloggers.

Nsereko said the NUP top leadership has always been silent whenever Lumbuye attacked anyone including Mengo and other opposition figures who did not belong to NUP but was surprised to see the same people coming out to fight for the toxic propagandist.

“They were always silent when that bigot attacked us, attacked the Kabaka, insulted the Nnabagereka, the katikkiro and attacked the Catholic Church. You have now seen them panicking to fly to Turkey to rescue him. You have also seen them posting on their social media platforms.” Nsereko said.

“We cannot keep quiet. You use propaganda. You have no right to call for the murder of other political players and when you are arrested, you pretend to say you’re a political activist,” he said.

Minister of Foreign Affairs Okello Oryem yesterday said that a controversial blogger is set to be deported to Uganda today (August 7).

Lumbuye has been popular on social media platforms for his commentary on political affairs in Uganda especially his criticism of President Museveni and the NRM.

His videos and live streams attract thousands of views from around the world and in many of his vlogs, Lumbuye is seen wearing the popular red beret attached to the People Power movement and its supporters in Uganda.