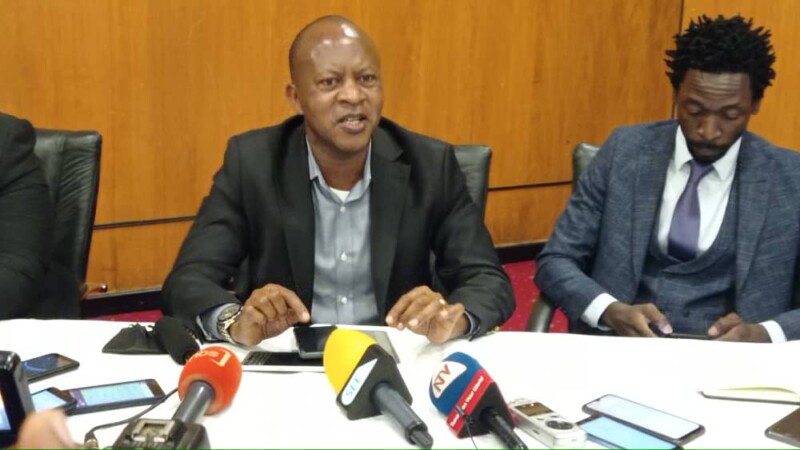 EXCLUSIVE | KAMPALA: On Thursday this week, security personnel dressed in plain cloths raided Victoria University premises along Jinja Road in Kampala, brutally arrested and ‘kidnapped’ its Vice-Chancellor, Dr. Lawrence Muganga, an act which had left the public divided upon the inhuman assault inflicted on the university’s head.

Muganga was arrested alongside his counter-terrorism police Attache Ms. Barbra Naguddi, attached to Counter-terrorism (CT), and his Executive Assistant, Mr. Herbet Kayongo, who up to now are being detained in an unknown location.

Hours after his arrest, UPDF Spokesperson Brig. Gen Flavia Byekwaso said through a tweet that Muganga was arrested on allegations of espionage activities in connection to Rwanda’s government and staying in the country illegally with a foreign passport and said investigations have been launched in the matter.

However, Muganga’s family and their Lawyer have today come out to publicly condemned the manner in which the University’s top academic was brutally assaulted and dragged from his office in Kampala yesterday and detained in an unknown facility with his whereabouts not knowing until now.

Speaking to journalists at Kampala Serena Hotel today, the family Lawyer Isaac Ssemakadde through Elgon Associated Advocates insists the Muganga together with his bodyguard and assistant were assaulted and kidnapped by heavily armed plain-clothed men hiding faces in masks and dark glasses.

In a narration of the ugly incident, Ssemakadde quoted that “the kidnappers came to the University masquerading as students seeking admission so the security allowed them access after they registered themselves in the visitors’ book (on a page which they, later on, tore out as they were leaving).”

Asked whether allegations of Muganga’s conspiracy with the National Identification Registration Authority (NIRA) to get him a National ID without formal processes, Ssemakadde asserted that Dr. Muganga is a Ugandan, born in Masaka and obtained his Ugandan National ID and passport in the rightful means as any ordinary Ugandan.

He further disputed the allegations saying “any allegations that are flying in the social media are unofficial, exaggerated, unsubstantiated, and most importantly regrettable because they have not been channeled through the responsible authorities to levy a charge in Uganda.”

“The UPDF, spokesperson Brig. Flavia Byekwaso yesterday came and lied to the nation in her tweet following the brutal kidnap of Dr. muganga when she alleged that Dr. Is being accused of illegal stay in Uganda, this is not true how does a Ugandan overstay in his own country,” Ssemakadde fumed.

Hellen Batamuliza, Dr. Muganga’s, younger sister said his brother is duly a Ugandan with a valid National Identity Card with his NIN, CM7603210KACCG.

Batamuliza said what happened was a fracas of events and chaos which has left them confused and in doubt of his health and safety.

“We as a family are requesting to see our person then we raise it from there, we just need to know his condition and whereabouts,” Batamuriza said.

Frank Gashumba, a human rights activist and a longtime fellow of the detained said Dr. Muganga who had attained experiences from various institutions such as Makerere, in Rwanda, Ethiopia, and lectured in universities in Canada and returned to Uganda with aim of improving the country’s Education sector, a thing he has progressively done at Victoria University in Kampala.

He explained that since the 1920s, Ugandans of Rwandese origin have continuously been subjected to unending injustices and discrimination yet they should be obtained equally since they take themselves as Ugandans citizens by birth, despite their family background.

Gashumba disputed allegations by the Chieftaincy of Military Intelligence (CMI) that him, Mukasa Mbidde, and seasoned Journalist and former Aide of Rwanda’s Kagame Andrew Mwenda work and spy for the Rwandan government saying they are Ugandans and have nothing to do with Rwanda.

Bruno Machabire, Dr. Muganga’s nephew demanded to have his Uncle released and brought forward before the law if any charges that appeal against him.

“We as a family request to see our person. We request that he’s given a fair hearing so that we get access to him and know how he’s doing and which condition he is in.”

The family has since given government and its top security agency up to 48 hours to come out and make a formal statement to the family, staff of Victoria University, and the public on why the University’s top academic was arrested, assaulted, and manhandled in such a humiliating manner, and what charges appeal against him.

They say, a legal team has been set up to file suit against the government, should the 48 hours of rightful detention elapse with no official communication on Muganga’s whereabouts.

Relations between Uganda and Rwanda remain strained due to counter accusations of sabotage and espionage.

On the other hand, Rwanda blames Uganda for arresting its nationals and holding them incommunicado.