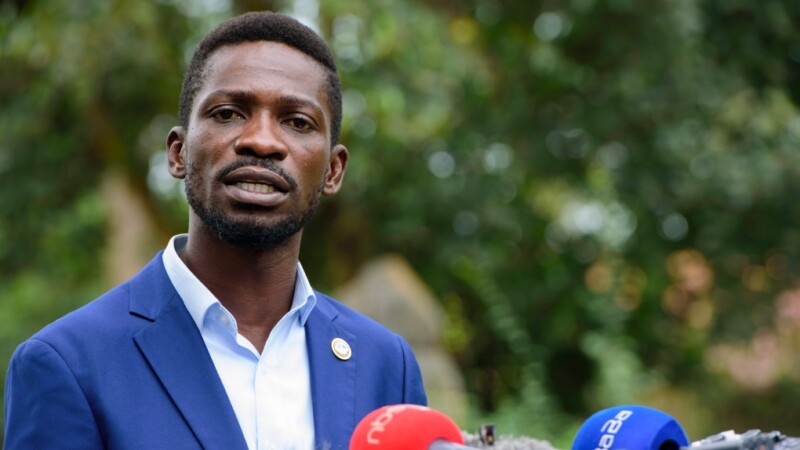 In 2021, lawyer Male Mabirizi accused Kyagulanyi of having been admitted at Makerere University to pursue a Diploma in Music, Dance, and Drama on mature-age entry when he reportedly did not meet the criteria.

In 2021, lawyer Male Mabirizi accused Kyagulanyi of having been admitted at Makerere University to pursue a Diploma in Music, Dance, and Drama on mature-age entry when he reportedly did not meet the criteria.
The case was later taken over by the DPP on October 7, 2021 following the evidence that was produced by Mabirizi.

Mabirizi had indicated that Kyagulanyi was only 20 years old by the time of his admission on October 21, 2000 which was contrary to the Makerere University Prospectus. The prospectus set the minimum age for mature entry at 25 years or for one to have completed formal education at least five years prior to the year of admission.

But Mabirizi said this was not the case with Kyagulanyi, adding that there was proof that Kyagulanyi was born on February 12, 1980 and studied at Kololo Senior Secondary School and Kitante Hill School based on the records that he had personally used to obtain the contentious registration and admission at Makerere University.

As a result, Mabirizi asked the court to summon Kyagulanyi to appear and answer the charges saying that he had fraudulently studied on government sponsorship and accordingly obtained registration by false pretense, an offense that attracts a one-year jail term if found guilty.

However, when the matter came up for mention on Monday before Grade One Magistrate Marion Ninsiima, State Attorney Joy Apolot tendered a withdrawal form dated December 16, 2021, and signed by Abodo withdrawing charges against Kyagulanyi.

The letter however doesn’t show reasons as to why the DPP has made that decision. But the Constitution gives the DPP power to withdraw charges against an accused person in any court except the Court Martial at any stage of the case with exception when that case is pending judgment.

The same constitution also grants her powers to do so without giving reasons.

But after tendering the withdrawal form in Court, Mabirizi objected to it saying that the law doesn’t allow the DPP to withdraw charges commenced by an individual or an authority without giving reasons to do so and the consent of the person who initiated the charges.

Mabirizi told the court that on three occasions, he went to court and the file was not there after being taken by the DPP and he realized that she was not interested in prosecuting Kyagulanyi, and on January 4, 2022, he wrote a letter asking the court to order DPP to return his case in vain.

Mabirizi has asked the court not to endorse the withdrawal of the charges arguing that it’s illegal and if the DPP is no longer interested in prosecuting Kyagulanyi, she can step aside and let him continue with the matter arguing that he has sufficient evidence to do so and witnesses are there as well and have since recorded statements at police.

Kyagulanyi’s lawyer Geoffrey Turyamusiima told the court to disregard Mabirizi’s submissions arguing that he has no right to speak to court when at this stage of the proceedings he is being represented by the State which has decided to discontinue proceedings. He added that they were even willing to proceed.

Ninsima adjourned the case to February 14 2022 for the trial Magistrate Augustine Alule to make a decision.

In March 2021, the Makindye Magistrates Court had to first issue an order directing Makerere University to provide Mabirizi the evidence he needed to prosecute Kyagulanyi in this case after the institution had refused to give them to him upon a formal request.

Mabirizi was later awarded Three Million Shillings in the matter.