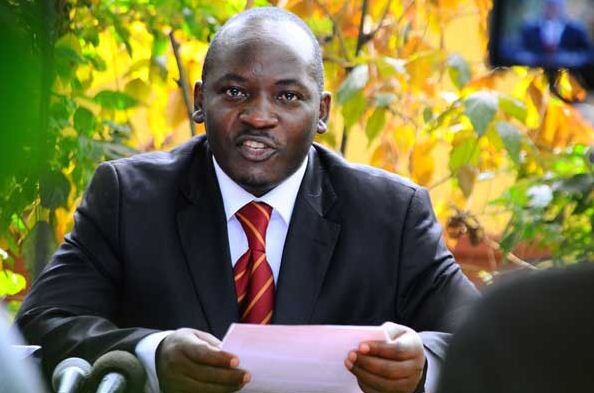 Hon. Mathias Mpuuga, the Leader of Opposition in parliament

KAMPALA, UGANDA: The Leader of Opposition in Parliament who also doubles as the National Unity Platform-NUP deputy President for Buganda, Mathias Mpuuga has vehemently denied the existence of disagreements within their party.

Speaking to Uganda Radio Network-URN at his office at Parliament in Kampala, the Nyendo-Mukungwe division Member of Parliament said what is called fundamental disagreements are actually normal differences in opinion that define every society.

Speaking to URN separately, a number of Members of Parliament and leaders within the NUP had said that there is a rift over the approach that the biggest opposition political party should take in confronting the ruling National Resistance Movement. These members who are very close to Robert Kyagulanyi, the President of NUP said Mpuuga’s diplomatic kind of leadership runs counter to the aspirations of majority of the party supporters who prefer confrontational politics.

In fact, these NUP leaders told us that the style of leadership in Parliament was also one of the issues that were discussed in last week’s NUP parliamentary caucus meeting at Kyagulanyi’s beach in Busabala. This version of events as told to us by MPs who asked not to be named to speak freely was also reported in the government-owned New Vision newspaper under the headline; ‘NUP top Bosses in Bitter Split.’

But in his interview, Mpuuga said those claiming that there is a split in the one-year-old party are nothing but enemies who wish to see them disintegrate.

Mpuuga also deflated the growing voices of NUP supporters who are accusing MPs of having abandoned the cause for change in leadership the moment they stepped in parliament.

While attending a memorial service of Frank Ssenteza, a former Kyagulanyi bodyguard in December last year, Alex Mufumbiro, the party deputy spokesperson who is very close to Kyagulanyi received a standing ovation after accusing the MPs led by Mpuuga of just looking on as injustices continue to be meted out on NUP supporters including MPs Muhammad Ssegirinya and Allan Ssewanyana who have spent four months on remand without being given bail of their alleged involvement in the Masaka murders.

In response, Mpuuga said although Mufumbiro’s outburst seemed to have been applauded by some people, there is no evidence to show that it’s the popular view in the party.