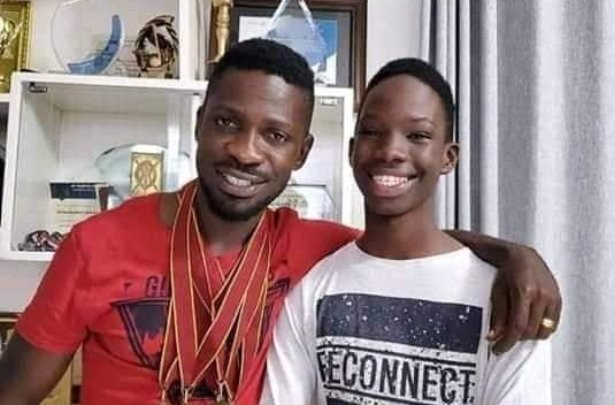 KAMPALA, UGANDA: Solomon Sekayi Kyagulanyi aka Solomon Kampala the son of NUP President Robert Kyagulanyi alias Bobi Wine was earlier this month suspended from school over illicit possession and use of drugs (marijuana), this website understands.

Solomon was reportedly suspended from St. Mary’s College Kasubi on 1st February 2022 following an abrupt check of all students’ dormitories in mid-January and found him with the drugs prompting the suspension with immediate effect.

The school in a Feb 1st letter said Solomon Kampala was caught red-handed with marijuana substance wrapped in papers like cigarettes and a lighter in his suitcase, two weeks after students reported back to school for the first time in two years.

“He was involved in acts of indiscipline incompatible with his status as a student of this college. Kyagulanyi Sekayi Solomon is therefore suspended from the college for two weeks with effect from Tuesday 1st February 2022, basing the resolution to zero tolerance for indiscipline,” a letter dated February 1st from the school disciplinary committee reads in part.

Brother Deodati Aliganyira, the Headmaster of SMACK where Solomon Kampala has been a student since 2018 confirmed his suspension and said he was due to return to school after the two weeks suspension had elapsed.

“It is true, that case was handled and we gave the boy, the last warning. He was found with drugs wrapped in papers like cigarettes and a lighter, ” Brother Aliganyira said.

Solomon is said to have returned to school on 15th February 2022 along with his parents, Bobi Wine and Barbie Kyagulanyi and they were tasked to make a fresh undertaking of obedience and compliance with school rules and regulations.

“This will serve as his last warning: should your son be involved in any form of indiscipline after the last warning, there will be no other alternative but only to go on indefinite suspension,” part of the letter sent to Bobi Wine and Barbie Kyagulanyi reads.

Apparently, some staff members wanted Solomon expelled from school but they were reigned on by officials from the Ministry of Education.