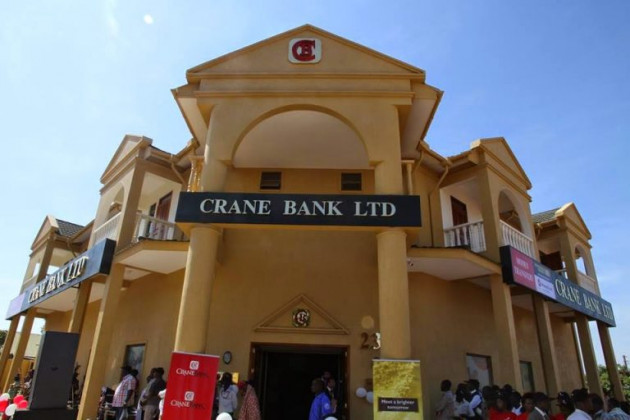 Government is right to partner with local businessman Sudhir Ruparelia to build an ultra-modern conference facility for holding topnotch meetings, such as the upcoming Non-Aligned Movement summit.

But government can do something even better – partnering with Sudhir to reopen Crane Bank, which was closed by Bank of Uganda (BoU) in 2016.

The government needs to recalibrate the economy by increasing state control over the economy’s commanding heights, widening the tax base, and waking up the sleeping rural areas through commercial agriculture and value addition.

This business of creating an enabling environment for foreign capital to ride roughshod over the economic endeavours of locals must stop. It is crazy to let foreign capital control our entire financial sector.

I agree that attracting inflows of foreign direct investment (FDI) is a good thing as recommended by the Washington Consensus economic model pushed by the World Bank and IMF.

However, it is troubling that there is deafening silence over capital outflows. Nobody is saying how much is leaving our country. Nobody is talking about what would happen to our economy if foreign direct investment just up and left Uganda.

The truth of the matter is that commercial banks in Uganda are branches of multinational banks headquartered abroad. Just think pessimistically for a moment and imagine those banks leaving one by one or, God forbid, en masse!

Just imagine for another moment how local banks such as the Cooperative Bank, which was also closed by BoU, contributed to the buoyancy of our economy. The effectiveness of that bank was that it supported increased productivity and market access for produce.

If you are above 50 years old, remember how your parents sent you to close after realising good earnings from the 2Cs and 2Ts (cotton, coffee, tea, tobacco) that formed the backbone of the cooperative movement in Uganda. For citizens to have a regular and reliable source of income was, and still is, critical to an agrarian economy such as ours.

The cooperative movement contributed massively to that, leaving the government to carry out its primary functions of providing public goods and basic infrastructure such as peace and security, roads for accessing markets, clean drinking water, education, and electricity, among others.

So, it is something of a misguided priority to concentrate on creating a conducing environment for FDI to thrive in Uganda. We need a developmental state with an activist governmental structure to ensure that a good chunk of capital is in local hands.

This can be done by government moving rapidly and decisively towards the direction of finding lasting solutions to the problems afflicting the underbelly of the economy. That underbelly is aptly described in Article 1 of our Constitution as “the people” to whom “all power” belongs.

In that regard, government must decisively address the basic questions of the day: Is the financial sector inclusive?

I was listening keenly on TV to Ezra Suruma, one of our decorated economists, as he addressed a recent high-level dialogue on the economy. He was saying that financial inclusion means “we put in place institutions where we can put our money as savings.”  He said that we need “our own capital” and “our own banks, well-supervised.” I clapped at the TV.

You do not need to be an economist to figure out the centrality of financial inclusion. Once you have it – and we don’t – it is an indicator of the capability of citizens to mobilise their own capital if the government can put in place the necessary institutions. That way, citizens can have a say in the development of their country.

Government must get back into the business of banking. We must embrace the recent Supreme Court ruling returning Crane Bank to Sudhir.

We should quickly explore the possibility of reopening the bank in partnership with Sudhir. It would be the beginning of a whole new ballgame.