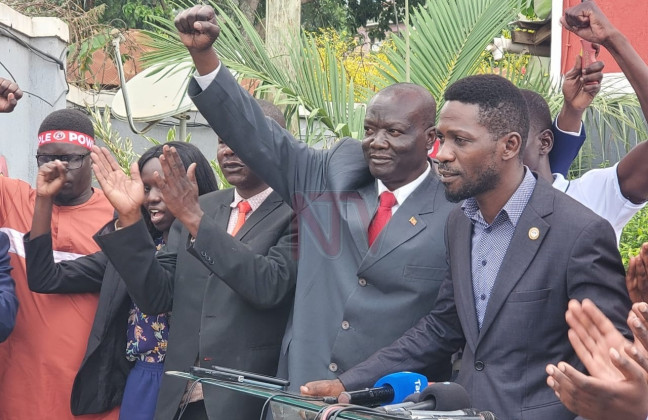 KAMPALA, UGANDA: The Opposition National Unity Platform (NUP) has unveiled Mr. Tolit Akecha Samson (a former member of the FDC) as its flag-bearer in the forthcoming Omoro County by-election.
Mr. Tolit was announced winner on Tuesday after beating seven other contestants who had expressed interest to carry the party’s flag.

While unveiling Mr. Tolit, the NUP President Mr. Robert Kyagulanyi alias Bobi Wine said the party has high stakes in this election as they have to rubber-stamp their support from the North, particularly the former speaker’s home district.

“We shall win this because our flag bearer is experienced and determined. He ran last time and his victory was stolen by the dictator,” said. Bobi Wine.

Speaking after his nomination, a buoyant Tolit said he was confident he would win the election saying campaigns are already underway in Omoro district to bring victory to the young party.
“We can say our campaigns have started now. I am very confident that this race is coming in our favor and we shall enjoy it,” Tolit earmarked.

Tolit has previously on two attempts contested for the same seat on the FDC ticket but lost to the late speaker Jacob Oulanyah.