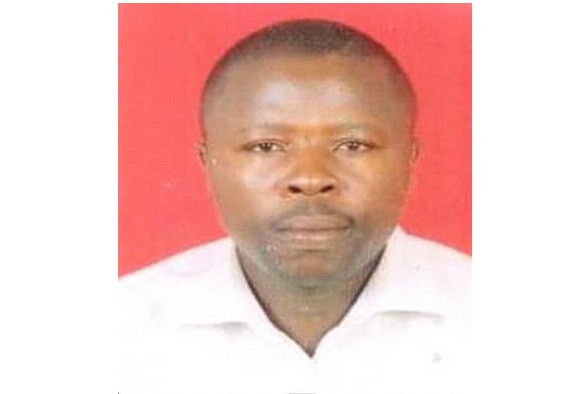 If Parliament goes ahead with its idea of picking a president for Uganda, this would amount to a fusion of executive, legislative including judicial power and not limited to supplanting electoral power of about 20 million citizens to determine on who rules them.

The idea of disfranchising over 17,000,000 million Ugandan voters from voting for a president of Uganda may cause unprecedented stress including suicide among Ugandans, if Parliament goes ahead with its idea of picking a president for Uganda, this would amount to a fusion of executive, legislative including judicial power and not limited to supplanting electoral power of about 20 million citizens to determine on who rules them.

The president is left powerless under such an arrangement, and in Africa, presidents are not comfortable with scrutiny and transparency, Many African municipal constitutions grant enormous authority including immunities to heads of state, as such leaders are immune from both civil and criminal prosecution, they don’t pay taxes, can’t be taken to courts of law and have judicial and constitutional power to pardon those condemned to death and give respite to other capital punishments, etc and the west minister model of state governance can in a minute cripple such an arrangement.

Just a few weeks in the UK the British premier Johnston was being roasted by his own Parliament for merely celebrating a small birthday party with a small group of friends of his inner circle, during the formative days of covid-19, such behavior is unthinkable here and a president can’t accept to be micro-managed the British way.

Under the west minister model where the executive, legislative and judicial powers are fused under one organ, under this arrangement Parliament assumes a lot of authority, when juxtaposed with the presidential system the situation is quite different, since under the presidential system executive powers are exercised by ahead of state and his ministers including technocrats, and parliament has its roles solely like law-making and checking on executive excesses, if this proposal goes through in Uganda it will mean, it is Parliament that determines who rules the country and not the citizens, a position that is at variance with Uganda,s supreme law Art 1 ( power comes from the people ).

Secondly, a parliamentary selected head of state would be a very weak one and any slight misunderstanding with his” new parliamentary voters “might see him off the government payroll, countries like Australia and Britain that use this system hardly stay ahead of state for even four years, yet there is established doctrine that longevity of a leader in power allows him to execute and accomplish his political promises without raising excuses related yo time, it is a plausible argument among we Africans, that since Africa is associated with inadequate resources some political leaders may need ample time to mobilise resources in order to full fill their visions and goals.

Ugandan MPs were recently seen preparing to amend certain provisions of our laws to allow them to elect a head of the state, especially by a party that has a majority presence in Parliament, this may be an entrenched provision requiring amendment of various provisions of our constitution including both presidential and parliamentary elections Act, and Ugandans are viewing such an arrangement with a lot of askance, public opinion to is against this model of administration, about 84% of people in a survey carried out by Good Governance Mbale were uncomfortable with this arrangement.

Ugandans under NRM have disassociated themselves from the idea of having Parliament determine its head of state. President Obote used it somewhere in the 1980s too, the Britons have used the west minister system. Of governance right from 1295.

Many colonies after attaining independence got rid of such a system of governance and any attempt to bounce it back may breed colonial nostalgia, rejection of its use in Uganda was ideological with Obote tactics like moving to the left among other official stances, Uganda,s Parliament in coming with the idea of Parliament electing ahead of state for the country is a clear return to the days of colonialism, when America renounced the British rule around 1783, it equally rejected this model of administration, other liberated territories in Africa like Uganda, Zimbabwe too opted for a presidential system .a presidential system was taken over by most liberated territories as they renounced the British colonial arrangement where Queen was the head of state.

The west minister model of administration is traceable to 1295 from the palace of a west minister in Britain. Under this arrangement the executive branch is taken over by the members of the legislature and they may elect a ceremonial head of state as well who may be different from the head of government.

In Africa, Ethiopia is the prime example where there is a prime minister with executive powers and the president with very nominal powers, Uganda may choose all the features of the west minister model or adopt certain aspects it may choose to have either Parliament as it is or have both upper and lower houses of Parliament each house with some powers over the other, for such a decision to take shape the citizens ought to be massively consulted through proper civic education before engaging citizens into a referendum so that they determine on what they understand after proper grounding all merits and demerits of such a governance model ought to be explained comprehensively.

Uganda has about three branches of government unlike other countries like Costa Rica and Singapore which have more than three, Uganda has the legislature created under Article 77 of its constitution, and there is an executive organ created under Article 98 with executive power vested in the head of state and courts or the judicial system meant to resolve conflicts whenever they arise created under Articles 126. Of this the executive has sole powers to administer the country 24/7, there is a further claim that the three branches of government are coordinated in nature meaning they have an equal authority which claim can be disputed since neither the judiciary or legislature have armies of their own or even their own finances thus they can’t be independent or for that matter equal, with members of Parliament like Hon. Zaake of Mityana municipality still limping he might quickly dismiss the view of a coordinated relationship.

In Uganda there exists different methods of selecting personnel in government top managers of each organization are selected differently so that each branch is responsible to a different constituency, the west minister model has many inherent weaknesses that may not engender well with the African way of governance, firstly in Britain itself where it originated it has gone numerous reforms right from the 1970s, secondly there is an overt fusion of state power into one organ of government which practice might alarm Montesquieu the French governance scholar most reputed and respected for championing the tripartite system of governance where each state organ is quite independent in its work methods, under the British arrangement both courts, Parliament, and executive operate as one.

Secondly, executive powers are vested in parliament and you wonder what those in the executive like ministers are left with, there is the house of Lords which is some sort of Parliament, meaning that the executive, legislature and judiciary more less operate as one unit ,and ican hasten to add that the west minister arrangement may be more inimical to the African presidential systems,and many African strongmen who believe in the mighty of the gun,won’t find such arrangement friendly since many might not accept to micromanaged by Parliament, they will consequently accuse Parliament of usurping the powers of wanainchi.

Steven Masiga is a researcher and administrator from Mbale City.