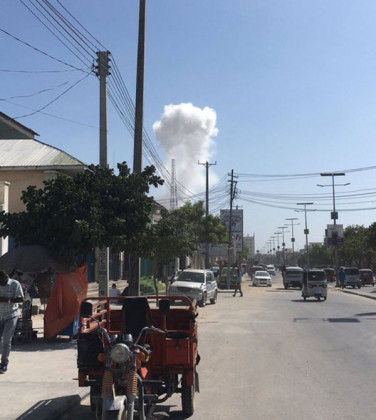 According to VOA news, twin bombs went off on Wednesday in the Lower Shabelle leaving more than 20 people including the region’s capital mayor, Abdullahi Ali Wafow, dead alongside his advisor and 11 other officials.

MOGADISHU, SOMALIA: The Uganda People’s Defence Forces (UPDF) headquarters in Kampala has confirmed that a few days ago, Al-Shabaab militants were repulsed in an attempted attack on their contingent in Somalia. They however dismissed as rumours, stories that 12 soldiers were killed.

According to VOA news, twin bombs went off on Wednesday in the Lower Shabelle leaving more than 20 people including the region’s capital mayor, Abdullahi Ali Wafow, dead alongside his advisor and 11 other officials.

The media reported that the first blast was aimed at officials in the town of Merca, which is the capital of Lower Shabelle, region. This is the explosion that claimed the life of Merca mayor Wafow.

Since the explosion, there has been reports that 12 soldiers attached to the Ugandan contingent were killed while others survived with injuries and they have since been airlifted to Kenya capital Nairobi for specialized care and treatment.

UPDF Spokesperson, Brig Gen Felix Kulayigye, dismissed the information as false. He said that all Ugandan soldiers in Somalia are safe and no casualties have been recorded as result of the recent blasts even though an attempt to harm the contingent was foiled.

“No, no, that is not true. But if you stick with today, but early in the week none. Yes, there were attempts on our defenses but they were all repulsed,” says Brig. Gen Kulayigye.

UPDF has been in Somalia since 2007 under the African Mission in Somalia (AMISOM) program that was backed by UN Security council permanent states like US, China, Russia, France and UK.

However, UPDF and other countries were supposed to withdraw their forces from Somalia in March this year after the end of AMISOM program. This was after funding UN Security council permanent countries concluded basing on study of situation on ground and Somali nationals that the foreign forces had outlived their usefulness.

But in a twist of things, Uganda and other countries that have forces like Kenya and Burundi said they were are staying in Somalia under the new arrangement dubbed African Transition Mission in Somalia (ATMIS).

But ever since foreign forces decided to stay in Somalia, there have been several successful and foiled attacks on ATMIS bases. The biggest successful attack on ATMIS forces was in May where more than 30 soldiers were killed and 20 left nursing nasty injuries.

The Burundian government in response to May 3, 2022 attacks confirmed that only 10 of its soldiers had been killed. President Evariste Ndayishimwe condemned the attack on Burundian contingent saying: “In join with all of Africa which has just lost sons and daughters.”

In the Wednesday explosions, a second bomb went off in a busy livestock market in the town of Afgoye. In all these incidents, Al-Shabaab militants have posted videos claiming responsibility. The May 3 massive killing of Burundian forces was described by Al-Shabaab as ‘martyrdom operations.”

ATMIS has been in a four months training Somali National Army (SNA) which ended on 22nd this month. The training which was conducted with the help of United Kingdom Mission Support Team (UKMIST) focused on handling explosives and hazards, Improvised Explosive Device (IED) assessment and mitigation.

There have been concern that SNA has lost ground to Al-Shabaab a reason they have successfully planted IEDs on main supply routes leading to civilian casualties and disrupting movement of people and goods.