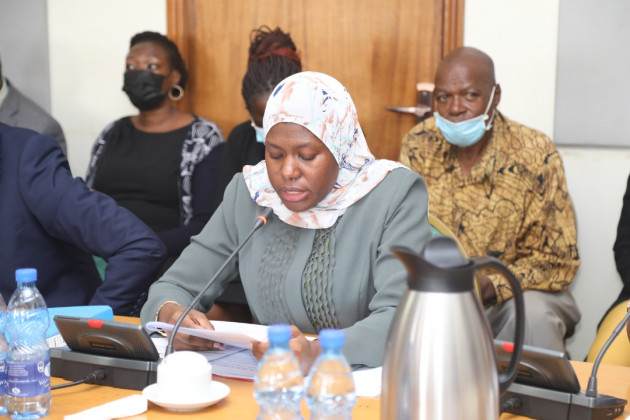 According to Zawedde, the Information and Communications Bill, 2022 will provide for regulation and management of media and content that will cure the proposals raised in Hon Nsereko’s bill.

According to the Permanent Secretary Dr Aminah Zawedde, the ICT Ministry is in the process of bringing an all-encompassing bill that will address gaps in the Acts governing the ICT sector including the current Computer Misuse Act 2011.

“We recommend that we halt the Computer Misuse (Amendment) Bill 2022 and we await the Information and Communications Bill, 2022 that will incorporate this bill as well,” Zawedde said on Tuesday, 16 August 2022 while meeting MPs on the Committee on ICT over the same bill.

On July 17, 2022, Hon. Muhammad Nsereko (Kampala Central), moved a private member’s bill intended to curtail cyberbullying and fake news. Once implemented, the law is envisaged to limit the dissemination of unauthorized digital content and information while fostering online protection for the general populace.

Dr. Zawedde said that whereas the cabinet advised that the Ministry works with the mover of the bill, Hon Nsereko, it is prudent that the bill is withdrawn to accommodate a more comprehensive bill that will be tabled by the Minister of ICT by end of December 2022.

“Currently we have the draft principles of the bill which is before the cabinet. We are awaiting clearance from the cabinet to proceed with the drafting of the bill. We realized that we currently have overlaps and decided to come up with the Information and Communications Bill, 2022 to be the encompassing bill for the sector. So we are reviewing all the acts in the ICT sector including the Computer Misuse Act,” Dr Zawedde said.

According to Zawedde, the Information and Communications Bill, 2022 will provide for regulation and management of media and content that will cure the proposals raised in Hon Nsereko’s bill.

“This Bill once approved will, among others, harmonize and strengthen regulatory provisions in the existing laws; and includes a repeal of the press and journalism Act CAP 105; the stage plays and public entertainment Act CAP 49, and as well amend the data protection and privacy Act 2019,” she said.