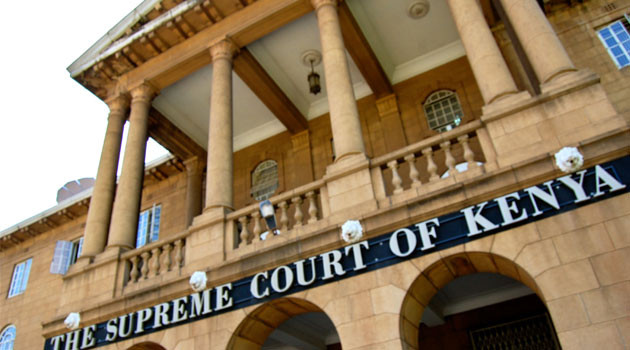 A voter yesterday wrote to the Supreme Court and Chief Justice Martha Koome to stop the swearing-in of President-elect William Ruto, in what could be the first ‘petition’ in the Supreme Court to challenge the presidential election results.

However, Alfred Juma Ayora’s bid was not admitted because of non-compliance with the rules, which require filing of a formal petition and not letters. He had presented a two-paragraph letter asking for orders to invalidate the election of Dr Ruto and Deputy President-elect Rigathi Gachagua. But the court advised him to draft a petition instead.

Mr Ayora was advised to look for an advocate to help him advance his intended legal action. The letter was, however, stamped as received by the Office of the Chief Justice. He argued that the Independent Electoral and Boundaries Commission (IEBC) should have conducted a free and fair election and sought orders for a presidential re-run.

“I write to express the unsatisfactory nature of this year’s general election results for presidential candidates that were announced by IEBC chairperson Wafula Chebukati on August 15, 2022,” reads the one-page letter.

He believes the results of the presidential election are not credible following the decision by four commissioners to disown them. “It is my hope the court will consider my request and ensure my democratic rights are met. I request the court to postpone the swearing-in of the president-elect,” says Mr Ayora.

Filing a presidential election petition in the Supreme Court is an expensive affair. It comes with financial and logistical burdens to petitioners, although access to justice is an enshrined legal right guaranteed in the Constitution.

While poll losers and aggrieved Kenyans or civil entities could be contemplating challenging the election results, lawyers and the Judiciary are looking up for a windfall in form of fees.

According to the 2017 rules, filing of a presidential election petition requires the petitioner to have a minimum of Sh1.5 million. A petition can only be considered filed upon payment of the sum and stamping by the Registrar—Sh1 million for security of the costs to be incurred during litigation and Sh500,000 for filing. Sh20,000 is also charged on the respondent upon filing a response to a petition.