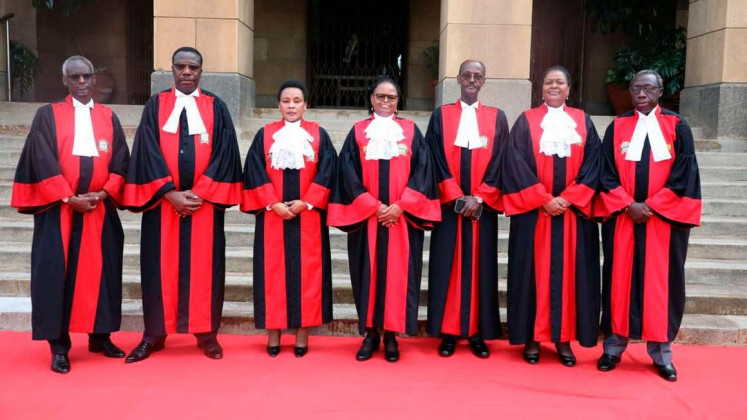 Chief Justice Martha Koome said the court would give its verdict on the disputed presidential election after the judges of the court have deliberated on the arguments and evidence presented by all parties in the petition.

NAIROBI, KENYA: Kenya’s Supreme Court is expected to deliver its judgment on the presidential petition on Monday next week following the closure of submissions by all parties on Friday.

Chief Justice Martha Koome said the court would give its verdict on the disputed presidential election after the judges of the court have deliberated on the arguments and evidence presented by all parties in the petition.

Speaking at the closure of submissions by all parties on Friday, Ms Koome said that the court will give a notice to the public ahead of the delivery of the judgment.

“We will deliver our judgments on Monday 5th. We shall give you notice closer to that day indicating the exact time when that will be done,” Ms Koome said.

The Friday session was the last day of submissions by all parties in the petition, including the Raila Odinga-led Azimio coalition which is the main petitioner, President-elect William Ruto-led team as well as that of the Independent Electoral and Boundaries Commission.

During the session, the Azimio team made a rejoinder to the presentations and arguments that had been made earlier by IEBC and Dr Ruto’s team on Friday.

The parties in the petition also made arguments and presentations in the scrutiny report ordered by the court on access to the IEBC servers as well as a recount of ballot boxes from 15 polling stations.

The parties also used the session to answer questions that had been previously asked by the judges as well as those that were asked as a follow-up to some of the presentations and arguments made by the parties on Friday.

In her speech, Ms Koome thanked all parties for their cooperation during the session, saying that the court was satisfied with the decorum with which all parties conducted themselves.

“All we saw (from the counsel) is very robust arguments and participation. We did not record any bad behaviour, we did not cite anybody for contempt.”

“Allow me to also thank the other people who worked with us around the clock like the team led by the registrar of the courts and including those who provided security and other support,” Ms Koome said.

“We ask that you continue to pray for us so that we can render a judgement that promotes our Constitution that is anchored in law and that nurtures our democracy and brings harmony to our country,” she added.