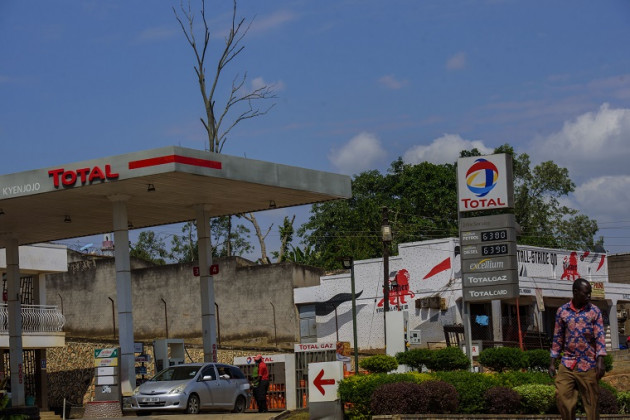 For example, Total Energies on Station Road opposite the Railway Fuel Station was trading at Shs6,590 a litre while diesel was Shs6,270 by yesterday (Monday) evening.

KAMPALA, UGANDA: A mini survey conducted by Monitor publication has revealed that fuel prices have slightly come down, almost four months after the same prices have been on steady rise.

According to the publication report, several fuel stations around towns have reported fuel price reductions in the range of Shs100 to Shs200.

For example, Total Energies on Station Road opposite the Railway Fuel Station was trading at Shs6,590 a litre while diesel was Shs6,270 by yesterday (Monday) evening.

One of the pump attendants, who spoke on condition of anonymity, said diesel prices have gone down by Shs120 while petrol has been constant for the last one month.

When asked to comment on the reported price drops, the principal communications officer at the Energy ministry, Mr Solomon Muyita, attributed this to a slight drop in prices of crude oil on the international market.

“We have seen a drop in crude fuel prices at the international market. In many areas, prices dropped from $100 (Shs372,751) to about $80 (Shs306,156).Usually, when there is a drop in crude oil prices, it translates to a drop in refined product,” Mr Muyita said yesterday.

“We have seen it for over two weeks, but only that our countries, which are land locked and far from the source, take time for that change to be realised at the pump,” he added.

Mr Muyita, however, said it is still hard to predict when fuel prices will come down to their earlier prices that were in the range of Shs3,000 to Shs3,500.

“It is hard to tell because even on the international market, the crude oil prices haven’t stabilised fully. We should be able to say that when it comes to $50 per barrel of crude oil, that is when we expect to slightly go back to where we were in June or August last year,” he said.

Mr Muyita also revealed that Uganda has enough fuel supplies and that the only issue affecting fuel is fluctuating prices.

Fuel prices started to sharply rise early this year following the Russia-Ukraine war that limited oil exploitation. Fuel being a major driver of all sectors of the economy has hiked the cost of living across the board.