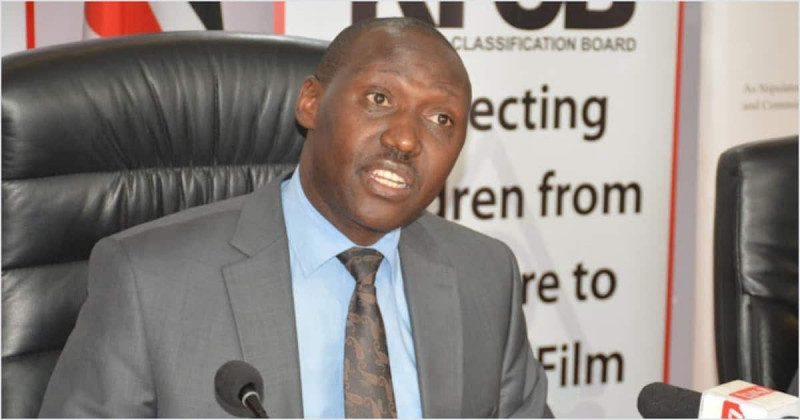 According to KFCB Acting CEO Christopher Wambua, same-sex films and movies are prohibited in the Kenyan Constitution hence the board will continue its crackdown on such content in the mainstream media.

According to KFCB Acting CEO Christopher Wambua, same-sex films and movies are prohibited in the Kenyan Constitution hence the board will continue its crackdown on such content in the mainstream media.

“The country’s laws do not allow LGBTQ+ content or even relationships. Even as we rate and classify content, we also consider other applicable laws,” Wambua said during a radio interview on Spice FM in Kenya last Friday.

“If there is any content that normalises or glorifies same-sex relationships, our position in Kenya has always been that kind of content is restricted and should not be broadcasted, exhibited or distributed within the borders of the country.”

Wambua went on to cite examples of films which had been barred from broadcast such as ‘I am Samuel’ due to what he termed as its explicit portrayal of homosexuality-related scenes.

Regarding the rising distribution of same-sex content across the internet, Wambua noted that the government was working to ensure prevention measures are taken to bar the airing of such content in the country.

He referred to the Netflix streaming site saying that talks were underway with the US-based company to ensure that future access to homosexual content was restricted.

“Most of them are restricting; because of our discussions with Netflix, they are curating their classification system that is very aligned with our laws with the view of ensuring that in future once we sign the agreement, some of this content is not visible at all within the republic,” said Wambua.

“Whether you are exhibiting on the theatre or VOD platform, there is no vacuum, the law is very clear.”

At the same time, the KFCB boss advised parents to be at the forefront of sensitizing their children through filtering content to limit access to unauthorised content. This he said would help to nurture them in culturally acceptable behaviour.

“Research has shown that film and media content influence the behaviour and the thinking of consumers, especially children who are most impressionable,” he said.

“Parents need to set screen times and monitor their child’s internet use because the internet is filled with unfiltered content for kids to be exposed to harmful interactions like bullying and harassment,” he said.

“As we try our best to assign the age ratings, it is the responsibility of the parents to educate and sensitize their children that they should not be able to look at it.”