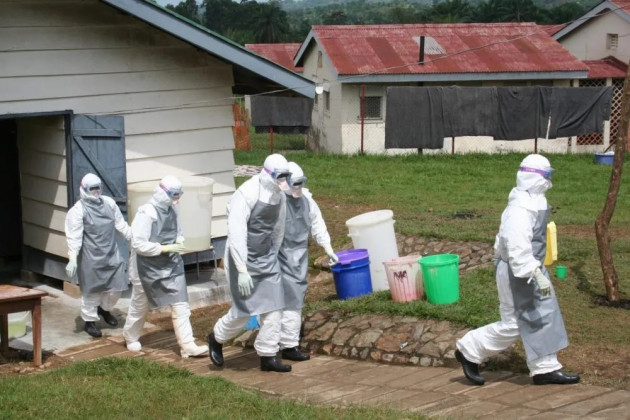 According to Dr Justine Okwairwoth, the Nebbi District Health Officer (DHO); samples of the suspected case have been sent to the laboratory for testing.

The deceased whose names weren’t revealed at the time of filing this story was a resident of Ogonjo village in Erussi Sub County, Nebbi District

According to Dr Justine Okwairwoth, the Nebbi District Health Officer (DHO); samples of the suspected case have been sent to the laboratory for testing.

“The deceased presented acute signs and symptoms, especially fever, bloody diarrhoea and vomiting of blood. We then became suspicious of this and collected blood samples which we forwarded and are waiting for results,” Dr. Okwairwoth said.

“People should not panic, but be vigilant to report any suspected cases,” he added.

It is alleged that the deceased had just returned from the neighbouring DR Congo where he travelled to attend one of his relative’s burial ceremonies at the weekend.

Dr. Okwairwoth added; “The district managed to assemble a burial team and offered a dignified, safe burial. We ask people to report any cases related to the signs of Ebola for rapid management.”

Nebbi Resident District Commissioner, Mr Robert Abak, urged leaders in Nebbi to collaborate with leaders in DR Congo to set up Ebola surveillance teams at border points to mitigate the spread of the virus.

“We need to set up teams both in Uganda and DR Congo because there is free movement at the borders. This will enable us to easily detect suspected cases for quick response,” he said.

According to the health ministry’s last update on Monday, the total number of cases identified in Uganda stood at 43 with 10 confirmed virus deaths.

Since the initial outbreak was discovered in the central district of Mubende, infections have been found in Kassanda, Kyegegwa and Kagadi.

Ebola is an often-fatal viral haemorrhagic fever named after a river in Democratic Republic of Congo (DRC) where it was discovered in 1976.

Human transmission is through bodily fluids, with the main symptoms being fever, vomiting, bleeding and diarrhoea.

Outbreaks are difficult to contain, especially in urban environments.
People who are infected do not become contagious until symptoms appear, which is after an incubation period of between two and 21 days.

There is currently no licensed medication to prevent or treat Ebola, although a range of experimental drugs are in development.

Uganda, which shares a porous border with the DRC, has experienced several Ebola outbreaks, most recently in 2019 when at least five people died.

The DRC last week declared an end to an Ebola virus outbreak that emerged in eastern North Kivu province six weeks ago.