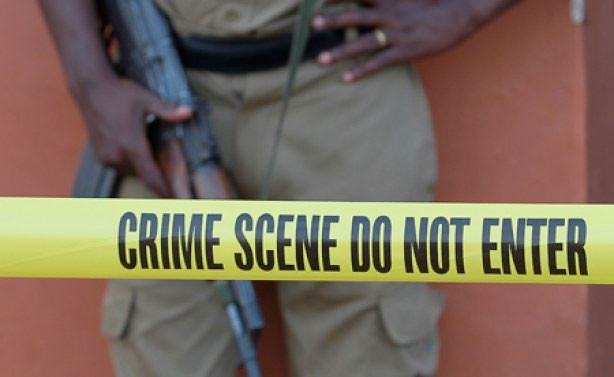 The senior police officer has been identified as the former head of Criminal Investigations Directorate, who is now the Director of the International Police (Interpol); AIGP Grace Akullo.

KAMPALA, UGANDA: A senior Assistant Inspector General of Police who last weekend survived an assassination attack from unknown thugs has been named and the two officers who were on duty that night have also been arrested for negligence of their duties.

The senior police officer has been identified as the former head of Criminal Investigations Directorate, who is now the Director of the International Police (Interpol); AIGP Grace Akullo.

A senior police officer who preferred anonymity told this website that the unknown thugs raided Akullo’s home in Kira division, Wakiso district in the wee hours of Saturday morning through the Kitchen door at around 4am when the officers on duty were dead asleep.

According to the officer, the thugs broke into the house when the AIGP was in her room praying and luckily, she did not come out, otherwise she could have faced off with the group and perhaps hurt in the process.

It is further reported that the thugs later made off with some of Akullo’s personal assets including but not limited to a Flat TV screen, subwoofers, home theatre among others.

“We suspect that they took a flat screen to show that they had accessed the home with no hindrance but it was not a mere robbery. There were very many things like subwoofers, and home theatre but all these were not taken. We thank God that madam remained praying and did not come to check what was happening. We believe she would have been attacked,” the officer said.

Although earlier reports indicated that the home invaders were repulsed by the security detail on duty at Akullo’s home a few minutes before 4 am, sources now say that the two police officers did not see what happened and were informed about the attack after they had withdrawn from their duty station at around 8 am.

Footage gathered from CCTV cameras at Akullo’s residence shows the intruders scaling the perimeter wall in the cold glare of security lights. Thereupon, they entered Akullo’s home via the kitchen window, while the two police officers were asleep.

“It looks like these thugs first surveyed the home and marked the weakest point to access,” a source said, adding that; “They even came with a very small person who could fit in the kitchen window and we suspect they had already planned all this. Imagine madam noticed this in the morning when the two police guards had handed over daytime duty to their colleagues. They didn’t hear, see or detect anything as this was happening.”

Now the two police officers have been recalled back to the scene to explain how the home invasion was successfully conducted in their presence.

“When the two police guards were brought back to the home, they said they didn’t hear or see anything. They all said they were asleep. It is not clear whether they were drowsed or it was connivance. They have been at this place for five months and that time is more than enough to know the strategic points to guard.”