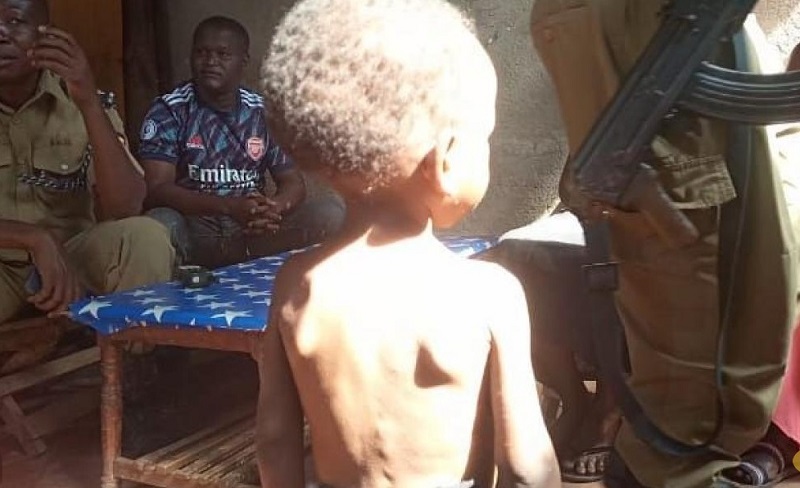 Namboze, a resident of the mission cell, in Mbale Northern City Division is accused of denying the 5-year-old minor food and often mistreating him.

Jesse, the minor who was tortured by one Namboze (URN Photo)

Namboze, a resident of the mission cell, in Mbale Northern City Division is accused of denying the 5-year-old minor food and often mistreating him.

Elgon Region Police Spokesperson ASP Rogers Taitika, confirmed the report and said Namboze was by press time being detained at the Northern City Division Police station as investigations continue. He adds that the minor was handed over to another relative for immediate care.

Paul Machete, the LCI Chairperson LCI Mission Cell says that he received a tip about the torture of the child from a neighbor, and immediately notified the police, who arrested Namboze.

According to Machete, last month Namboze, beat up minor several times and disappeared from the house fearing being arrested by the leaders.

“The mother of this boy works in Kenya, and I understand, she sends money to Namboze, for caring for the child, but instead the suspect uses it for her personal needs,” says Machete.

Florence Chemusto, a neighbor says, Namboze in most cases, locks the child inside the house at night and goes for merry-making, and returns in the morning.

“She has been doing this for some time, but whenever, you talk to her, it becomes a neighborhood clash,” says Chemusto.