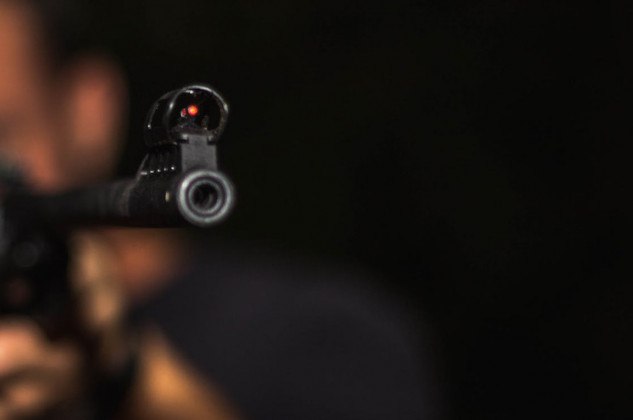 The assailants initially ordered all nearby shop attendants to close and rush home before they opened fire at around 7pm on Monday evening.

The deceased have been identified as Deputy Inspector of Police (IP) Moses Wagaluka attached to the CID desk and Police Constable Alex Ongolo, while the injured officers are Stephen Odama and Ochom Adrian both currently admitted at Bombo Military hospital.

According to Busiika Town Mayor Mr Richard Nyombi, the assailants initially ordered all nearby shop attendants to close and rush home before they opened fire at around 7pm on Monday evening.

They later set on fire part of the police station before taking off with an unspecified number of guns.

It is also reported that several police files are said to have been burnt during the Monday evening raid.

The Luwero Resident District Commissioner (RDC), Mr Richard Bwabye who heads the district security committee confirmed the report and said police has already mounted a manhunt for the suspects.

“I have received the sad news about the murder of two police officers at Busiika. We are yet to ascertain the cause and who the suspected assailants are,” Mr Bwabye said in a brief phone conversation.

The development comes three months after machete-wielding assailants on July 25 attacked a police checkpoint in the same district and hacked Police Constable Ronald Busingye, who suffered multiple cuts to the head and face and later died shortly upon arrival at Luweero Hospital.