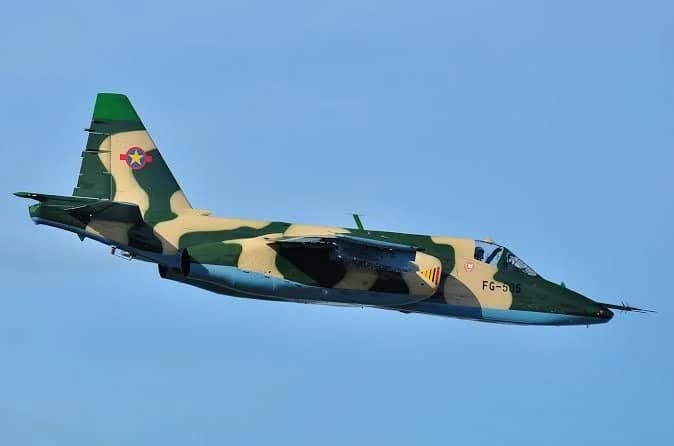 Kinshasa has accused Kigali of backing the M-23 rebel group, whose offensives have led to the displacement of tens of thousands of people since late last year.

KIGALI, RWANDA: Rwandan authorities Monday said a fighter jet from the Democratic Republic of Congo violated its airspace on Monday morning, barely 48 hours after the neighbours agreed to accelerate efforts to de-escalate tensions.

The mineral-rich DRC is struggling to contain dozens of armed groups whose recent advances in the volatile eastern region have revived old animosities and led to a surge in tensions with neighbouring Rwanda.

Kinshasa has accused Kigali of backing the M-23 rebel group, whose offensives have led to the displacement of tens of thousands of people since late last year.

In a statement Monday, the Rwanda Government Communications office said: “A Sukhoi-25 fighter jet from the Democratic Republic of Congo violated Rwandan airspace at 11h20 this morning and briefly touched down at Rubavu Airport in Western Province.”

“No military action was taken by Rwanda in response, and the jet returned to DRC. Rwandan authorities have protested this provocation to the DRC Government, who acknowledged the incident.”

On Saturday, foreign ministers from both nations met in Angola and agreed to define “a timetable for accelerating” the de-escalation plan signed in July.

The roadmap for ending hostilities was reached at an Angola-brokered summit between Rwandan President Paul Kagame and his Congolese counterpart Felix Tshisekedi.

Angola’s President Joao Lourenco had called it a “ceasefire”, but clashes resumed the very next day.

The M23 rebels, a mostly Congolese group, resumed fighting in late 2021 after lying dormant for years, accusing the DRC government of failing to honour an agreement to integrate its fighters into the army.

The group’s resurgence has had resounding repercussions for relations in central Africa.

While Rwanda has repeatedly denied backing M23, a report by independent UN experts seen by AFP in August found Kigali had provided direct support to the militia.

The DRC expelled Rwanda’s ambassador at the end of last month, while also recalling its envoy from Kigali.

M23’s resurgence has caused international alarm, with Kenya last week announcing the deployment of troops to the DRC to bolster an East African force trying to end the bloodshed.

The militia is one of scores of armed groups in eastern DRC, many a legacy of two regional wars that flared late last century.