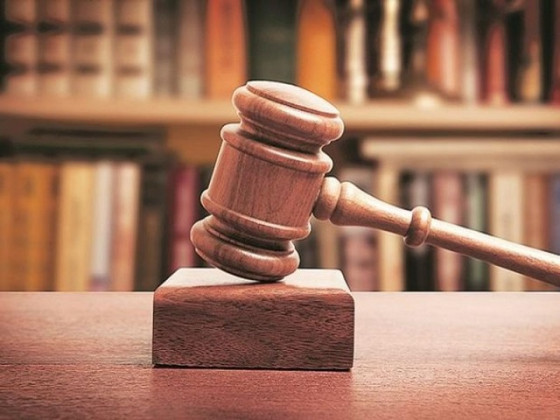 The former congresswoman was also found guilty of trying to murder her husband with poison on at least six previous occasions, as well as forgery of documents and armed criminal association, according to the Public Prosecutor’s Office complaint.

A Rio de Janeiro court Sunday, November 13, 2022, sentenced former Brazilian congresswoman Flordelis dos Santos to 50 years in prison for the murder of her husband in 2019.

Famous for adopting dozens of street children from Rio de Janeiro’s slums, Dos Santos, 61, and her husband, pastor Anderson do Carmo, were a power couple in Brazil’s burgeoning Evangelical Christian movement until he died in a hail of bullets at their home in a Rio suburb in June 2019.

Prosecutors charged Dos Santos in August 2020 with “orchestrating the homicide, enlisting (several of her grown children) to take part in the crime and attempting to disguise it as an armed robbery.”

Prosecutors said the suspected motive was to gain power over the couple’s finances, which Do Carmo, then 42, managed with “rigorous control.”

Dos Santos had been protected by parliamentary immunity but she lost it after being ousted by a near-unanimous vote of her colleagues in August 2021.

The former congresswoman was also found guilty of trying to murder her husband with poison on at least six previous occasions, as well as forgery of documents and armed criminal association, according to the Public Prosecutor’s Office complaint.

Dos Santos was elected to Congress for the conservative Social Democratic Party in 2018.

Born in the Rio favela, or slum, of Jacarezinho, she met Do Carmo in 1994.

Together, they founded what they called the Community of the Evangelical Ministry Flordelis.

Five of the couple’s other children and a granddaughter were also accused in the trial.

Simone dos Santos Rodrigues, biological daughter of the former congresswoman, was also sentenced on Sunday to 31 years in prison, while four adopted children and a granddaughter were acquitted.

One of Dos Santos’s biological sons, accused of being the gunman, as well as another family member who bought the weapon, were sentenced a year ago.