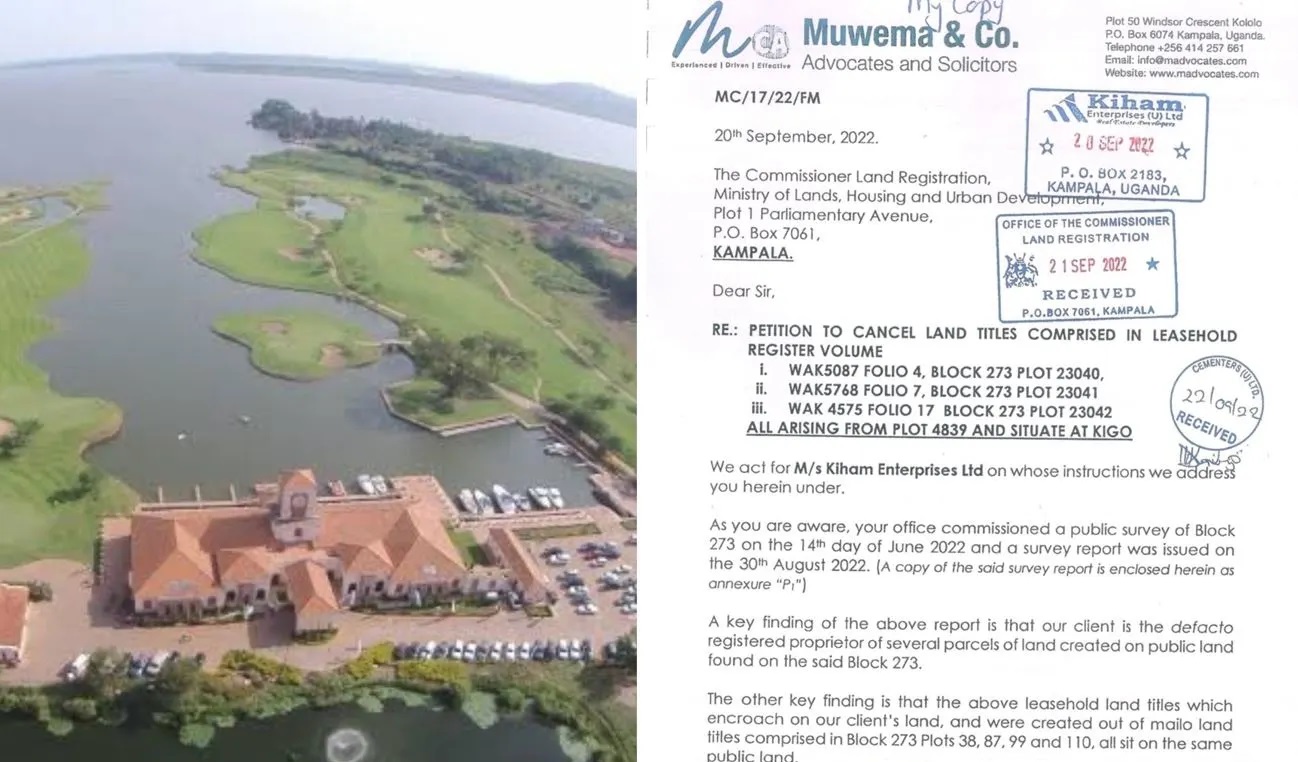 Serena Kigo Hotel (L), right is the petition by Businessman Hamis Kiggundu to the the Commissioner Lands Registration in the Ministry of Lands and Urban Development

Businessman Hamis Kiggundu alias Ham through Kiham Enterprises has petitioned the Ministry of Lands and Urban Development seeking cancellation of a land title created by Buganda Kingdom in favor of Pearl Development Group on the contested 140 acres of Kigo land.

The petition addressed to the commissioner land registration in the Lands Ministry calls for a cancellation of the contested land titles on grounds that they’re illegally retained on the land register, in accordance with section 91 of the Land Act Cap 227 as amended.

The petition filed by Muwema and Company Advocates, on behalf of Kiggundu, indicates that the land titles which encroach on his land were created out of mailo land comprised in block 273 plots 38, 87, 99 and 110, which all sit on the same public land.

The petitioners complained that the parent mailo land titles in this case are part of private mailo land, which cannot legally exist or sit on public land.

“Consequently, the questioned lease titles issued on the said mailo titles which are in the names of Pearl Development Group, were by infection, issued illegally,” Kiggundu submitted.