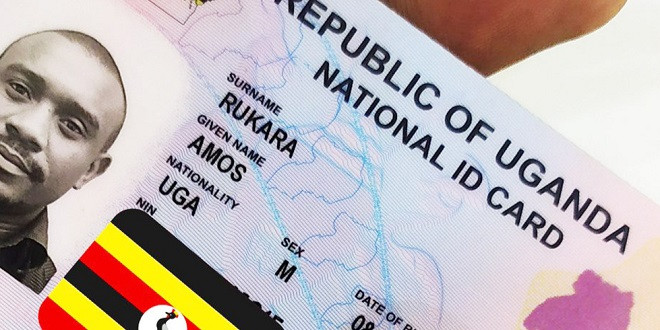 The Kololo-based biometric plant is now being used by the National Identification and Registration Authority (NIRA) to print national IDs.

KAMPALA, UGANDA: The Committee of Parliament on Defence and Internal Affairs has resolved to investigate Veridos, a German-owned identity solutions provider contracted by the Government to print biometric national identity cards (IDs).

In 2018, the Government entered into a 15-year period joint venture with the Veridos to set up a digital printing facility for digital IDs. It followed the expiry of Muhlbauer High Tech International’s contract, another German firm that was hired in 2010 to set up a similar plant.

The Kololo-based biometric plant is now being used by the National Identification and Registration Authority (NIRA) to print national IDs.

The Committee led by Rosemary Nyakikongoro, the Sheema District Woman Representative on Tuesday questioned the Government’s motive to invest in a new ID machinery while the first one is still functioning.

The MPs were concerned that if Veridos have a factory and is printing IDs from Uganda, the Government owes an explanation to the country.

According to Nyakikongoro, the lawmakers would take the burden to look deeper into the operations of the new firm (Veridos) to ensure they have the capacity to meet the needs of the Government to print digital national IDs for mass enrolment.

During the meeting, the Committee complained that the 59.952 billion Shillings’ printing system provided by Muhlbauer was slow, inflexible and vendor-locked, a glitch they alluded to that limited upgrading of the software to achieve the requisite performance threshold.

But Karl Kohler denied the claims, arguing that the system they handed to NIRA is open source with all the software for modification or upgrading provisions.

Karl revealed that since 2018, no maintenance has been done on machines noting that once those machines are not serviced, it would likely delay the printing process.

Karl told the Committee that Muhlbauer High Tech International provided free maintenance services with a 100 per cent warranty on wear and tear prior to the expiration of their contract.

He advised the Government to consider installing a data recovery and backup system to avert any emergencies which could lead to permanent loss of citizens’ data.

Bashir Lubega, the Mubende Municipality Member of Parliament allayed fears of possible conflict of interest between NIRA and the former vendor (Muhlbauer High Tech International) which he noted could hinder the current implementation of the National Security Information System (NSIS) project.

He called for the urgent need to investigate the discrepancies.

Muhlbauer’s statistical report indicates that by the end of 2015, about 90 per cent of Ugandans aged 16 years and above had been enrolled for national IDs, a development that they say no other country on the African continent Africa had recorded.

They reported that by 2019, 26 million citizens had been enrolled on biometric systems and 17 million national IDs were issued.

The Committee now wants to invite management of Veridos to appear before them as investigations continue before a report and proposed action recommendations are made to the House for consideration.