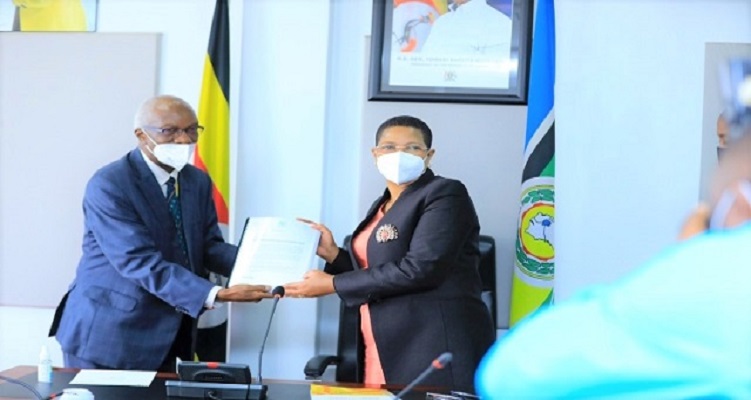 The speaker asked the Auditor General to shift focus to value-for-money audits, saying this makes more accountability sense in light of the shift to a programme-based approach to budgeting.

KAMPALA, UGANDA: The Speaker of Parliament, Anita Among, has asked the Office of the Auditor General to shift focus to value-for-money audits, which she said makes more accountability sense in light of the shift to a programme-based approach to budgeting.

Speaker Among was meeting the Auditor General, John Muwanga, who presented to her a report on special audits of the COVID-19 expenditures, the Parliamentary Commission, and a report on the classified expenditure.

“As of 2021, the Auditor General had only 0.5 per cent of audit reports for value for money yet it is very important to have those audits given that we have now moved to programmes-based budgeting; I would request you to put a lot of emphasis on value for money audit which is very crucial,” she said.

“We have acquired shares in ROKO, Bujagali; we need to know how the capitalisation funds have been utilised, the corporate governance, and whether we have voting rights; a case in point is Bujagali; there are a lot of problems in Bujagali,” she said.

On his part, Muwanga acknowledged Parliament’s support, which he said has made the execution of their mandate seamless.

He, however, made a case for increased financing, since the law was amended to bring forward their reporting timelines from nine to now six months.

“I would like to thank the accountability committees for the oversight work that they do in relation to the audit reports presented to Parliament; we are grateful for the support extended by Parliament; [however] our resource envelope is not enough to cover our operational costs,” he said.

He also reported the conclusion of a special audit into COVID-19 funds, whose report he said is ready and awaits the Speaker’s perusal and action.

Speaker Among promised to increase support for the Auditor General’s budget needs, and cautioned finance ministry officials against making alterations to budgets already approved by Parliament.