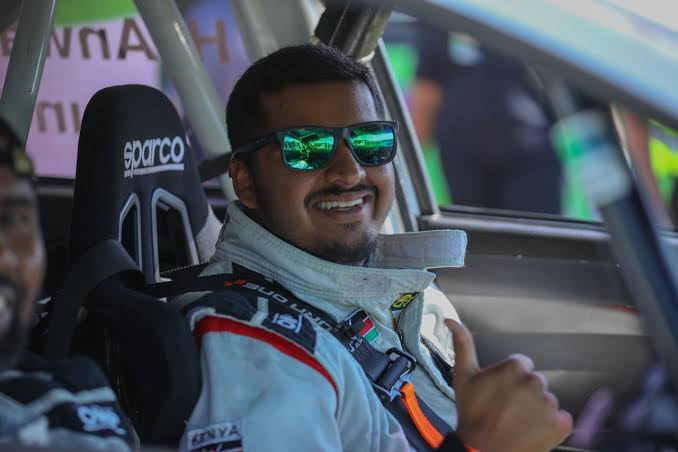 Anwar will be joined by his father, Asad Anwar, the former Kenyan National rally Champion who will also participate in the sprint with an unspecified Mitsubishi car.

Anwar, the reigning (ARC3) Junior African Champion will be joined by his father, Asad Anwar, the former Kenyan National rally Champion who will also participate in the event driving the unspecified Mitsubishi car.

According to reports from Nairobi, Anwar’s Ford Fiesta R5 sprinter which was procured about two months is all set and ready to be tested on the Ugandan grounds, come 26th December with all sights set on the glory.

Reports further suggest that with this Ford Fiesta R5, Hamza Anwar expects to win the 2023 ARC races as he seeks to establish a name in the motorsports industry.

This is all thanks to efforts from senior rally drivers Amaanraj Rai (Kenya) and Rajiv Ruparelia (Uganda) that Hamza Anwar will take part in the Busiika Motorsports Sprint.

Hamza made his debut on Ugandan soil this year in the Pearl of Africa Uganda rally 2022 where he registered a DNF but enjoyed the Ugandan crowds; for this reason, he has chosen to return and thrill rally fans.

The youngster rally driver sprinter was once described by Kenyan rally navigator Adnan Din as one of the greatest in the sport in coming years. Din pinpointed Hamza’s quickness on the wheel as the youngster’s greatest asset that will take him to higher levels of his motorsport career in the future.

“I must admit that we have gelled really well. I have always said that Hamza is one of the quickest young drivers in Africa at the present, so I have very high expectations of him this weekend,” Din said ahead of the Africa Rally Championship in Rwanda in September this year.

The FMU Sprint will be the last event of the 2022 NRC and will score on the NRC under the CRC category and 2WD.

With Hamza Anwar, Mark Lubega and Mike Mukula jr participating in the Sprint expect spirited fights between the three sons of Motorsports legends of Kenya versus Uganda.