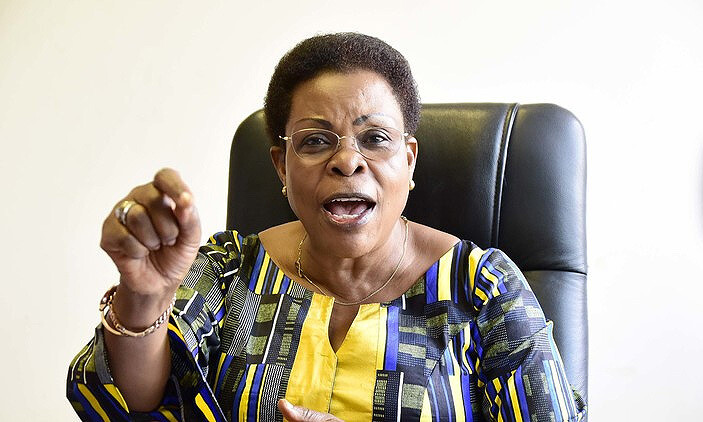 The Inspector General of Government (IGG), Ms Beti Olive Kamya has revealed that the government loses at least shs 9.1 trillion per year to corruption, a figure which justifies the cause for alarm in the fight against the vice.

KAMPALA, UGANDA: The Inspector General of Government (IGG), Ms Beti Olive Kamya has revealed that the government loses at least shs 9.1 trillion per year to corruption, a figure which justifies the cause for alarm in the fight against the vice.

While appearing on NBS TV’s morning breeze show, Kamya said the alarming figure is almost a quarter of its budget rate (Shs9.1tn), adding that is is a result of under-declaration and non-declaration of taxes, inflated procurement costs manipulated payrolls and perpetual theft from different government officials.

Kamya revealed that matters have not been made any easier by the members of the public who instead of castigating corruption, are glorifying it and sharing in it.

“The public glorifies corruption and shares it, when they interdict people, they go pleading please forgive our son etc. but your son is a thief! The public also puts these people under pressure, they want and expect them to live a lifestyle that shows that they have money,” she said.

Kamya says that the public condones and fuels corruption and fuels it through expectation, hence the IGG wants to involve them as front-line fighters against corruption.

“We want to involve the general public; they were observers and commentators thinking the war should be fought by institutions of government. The strategy should be from mindset change,” she said.

“The difference between now and before, is we were waiting for people to steal money and then go for them, we are now working for prevention no post-mortem. So, the public must be involved and it is working,” she added.

She said it is not true that President Museveni is not helping in the fight against corruption, maintaining that he has personally given the IGG a directive to investigate Uganda Airlines.

“One of them is Uganda airlines, the president has sent us cases to investigate, he sent us all the intelligence information, to investigate Uganda Airlines, prosecute and recover,” she said.

“We had been getting Shs43b per year, 75 per cent was admin, only 25 per cent was left for the actual fight against corruption. When we came to office, we now have an increment of 45 per cent to fight corruption, thanks to the executive (president) and parliament” she maintained.

Kamya vows that no one will be left out in the fight against corruption, and once evidence is adduced, they will not hesitate to confiscate the property of the convicted.

“We have confiscated property and shall confiscate the property of those who cannot explain how they got it,” she said confirming that her lifestyle audit is still on.

Kamya confessed that it has become harder to catch the “big fish” because they operate through smaller fish who are in charge of signing on cheques and taking over the corruption process, but confirmed that once anyone produces implicating evidence, the “big fish” will be got.