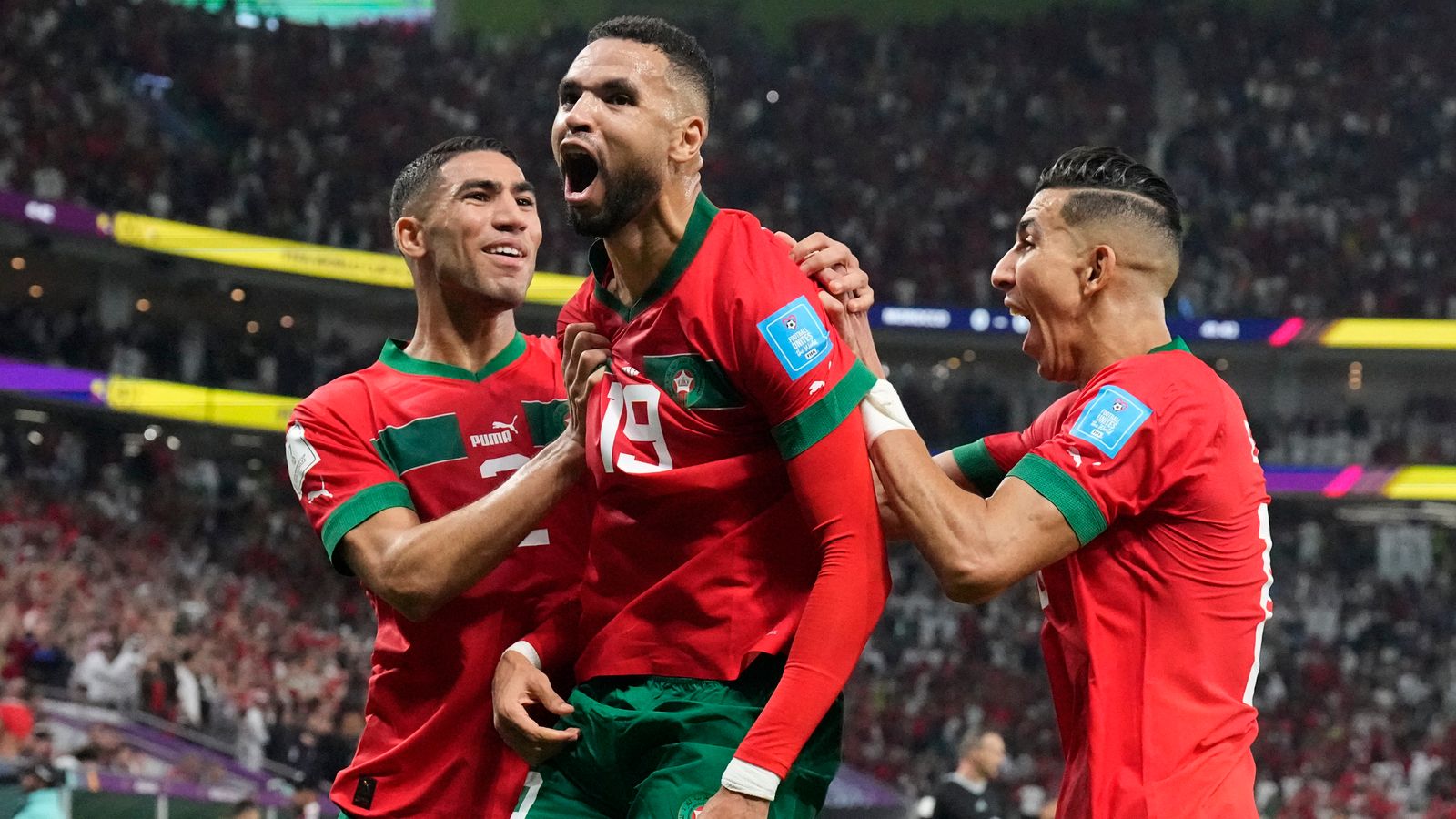 Morocco became the first African nation to reach the semi-finals of the World Cup as Youssef En-Nesyri’s first-half winner added Portugal to the list of shocked teams in Qatar.

Youssef En-Nesyri celebrates with teammates after putting Morocco ahead inside 42 minutes at Al-Thumama Stadium in Doha, Qatar (Photo/Skysports)

DOHA, QATAR: Mococco extended their dream run at the World Cup on Saturday as they spiritedly edged out Portugal in a 1-0 win to become the first-ever African country to reach the semi-finals thanks to a towering headed goal from Youssef En-Nesyri.

In the 42nd minute, En-Nesyri leapt above the Portugal defenders to meet a Yahya Attiat-Allah cross, getting just enough of his head to the ball to tip it past goalkeeper Diogo Costa, who misread its flight and crashed into his own defender.

Portugal meanwhile struggled to break through the Moroccan defence, Bruno Fernandes coming closest with a shot off the bar shortly after Morocco’s goal.

Cristiano Ronaldo came off the bench six minutes after the break but was unable to help his team avoid defeat, with Morocco coming out as the winner to seal a semi-final showdown with either England or France, who play later on Saturday.

Late on, Morocco required heroics from goalkeeper Bono who saved from Joao Felix and Ronaldo while Pepe missed a sitter in the final minute of eight in stoppage time – which also saw substitute striker Walid Cheddira sent off for two quickfire yellow cards.

Walid Cheddira was sent off for the Atlas Lions after receiving two yellow cards in quick succession in extra time, meaning he will miss the semi-final.

Morocco’s shock run to the last four – which has seen them beat Belgium, Spain and Portugal and concede just one own goal in five World Cup matches – sets up a semi-final clash with the winner of England and France’s blockbuster quarter-final.