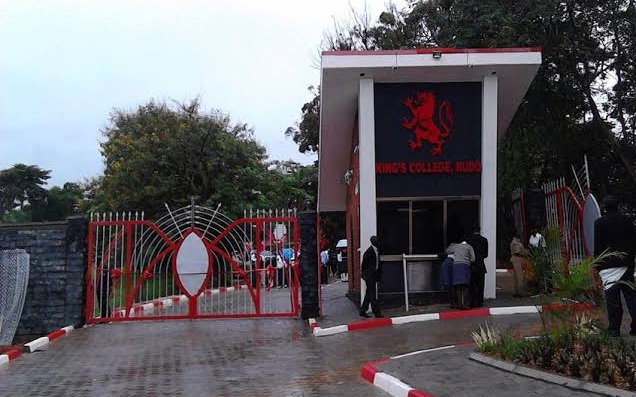 It is alleged that the male teacher sodomized the unnamed student and when the case was reported by the parent, the school opened investigations into the matter.

Ugandans on social media were earlier this week thrown into utter shock and disbelief after a statement allegedly authored by King’s College Budo Headmaster Mr John Fred Kazibwe lifted a lid on the claims of sexual harassment of Senior Six male student by his male teacher in a homosexual act.

This came after the said parent on Monday, January 16 took to social media platforms claiming that one of the teachers at the school has been sodomizing his son, for now, four years.

“The teacher of Kings college Budo Has been sodomizing my Son for four years now. My son got problems going to the toilet so I took him to Mulago hospital because I have my relative doctor there. They found him with STI commonly found in gay men,” the post that went viral on social media read.

Now according to a statement dated Tuesday, January 17, 2023, it is alleged that the male teacher who is also a House Master at King’s College Budo sodomized the unnamed student in 2022 and that the school opened investigations into the matter.

“On behalf of the Management, King’s College Budo, I wish to clarify on the ongoing social media frenzy about the allegations levelled against our male teacher, and Ghana house master by the purported mother to our former student in senior six, 2022,” said John Fred Kazibwe, the Headmaster, in a press statement.

The school which had first dismissed the allegations by the student and even suspended him for passing false accusations against the teacher apparently says it later conducted serious investigations and found out that the male student was right and apologised to the parent for the erroneous suspension.

“Whereas we registered a sodomy complaint by the said student had erroneously suspended him, we later conducted thorough investigations and established more facts. Accordingly, an apology was conveyed to the parents, with regret,” the statement adds.

Mr Kazibwe in the statement which the school has neither confirmed nor denied further revealed that the unnamed teacher is currently facing a disciplinary process and thereafter, appropriate action will be taken in line with public service standing orders, and once found guilty, he will be prosecuted in accordance with the laws of Uganda.

He added that the college is “undertaking infrastructure developments, including installing more CCTV cameras around all teachers’ quarters, dormitories and entire estate to minimize recurrence of such, related or undesired actions.”

Counsel Isaac Ssemakadde of Legal Brains Trust, a Kampala-based human rights watchdog has however asked for an escalation of the matter which he termed as “aggravated sexual harassment of a minor” and demands that the Directorate of Public Prosecutions (DPP) intervenes to have a substantial investigative report made on the allegations put across.

“We demand an investigation to explore in detail these allegations, to examine the evidence in depth, and to determine specifically whether misconduct has been committed, by whom, and to what extent,” Ssemakadde said in a tweet.

According to him, the investigation should also determine whether there are additional instances of possible misconduct that would justify broadening the scope beyond the initial allegations saying this is “particularly important because the alleged misconduct involves potential harm to other children.”

“The findings of the investigation need to be set forth in an investigation report that is made public and also submitted to the National Children Authority and the DPP for oversight review and prosecution of the alleged perpetrators.”

By Thursday afternoon, DailyExpress established that Namirembe Diocese which is the founding body of the school had commenced investigations into the homosexuality allegations levelled against some staff members and learners at the institution, one of the prestigious schools in Uganda.

Rev. Nathan Mulondo, the secretary in charge of education told this website that the church is concerned about the sexual harassment allegations, and that although there are some queries about the social media post, it is a fact that homosexuality is taking root in many schools across the country including church-founded schools.

Rev Mulondo adds that if any report is made formally or informally they should be taken seriously and probed to reach the bottom of the problem.

He, however, questioned why the parent failed to report this case for the last four years her child has been suffering but said the church which strongly condones the undesirable has already taken up interest in the matter and will do whatever it can to bring justice to the books.

The development comes after the Speaker of Parliament yesterday (Wednesday) directed for an investigation into the conduct of students and teachers in urban schools over reports of same-sex relationships.

The speaker’s concern came after photos emerged on social media showing students in poses that sections of society have found to be suggestive of same-sex relationships. One of the schools in the pictures shown was Vienna College Namugongo, in Kira Division, Wakiso district.