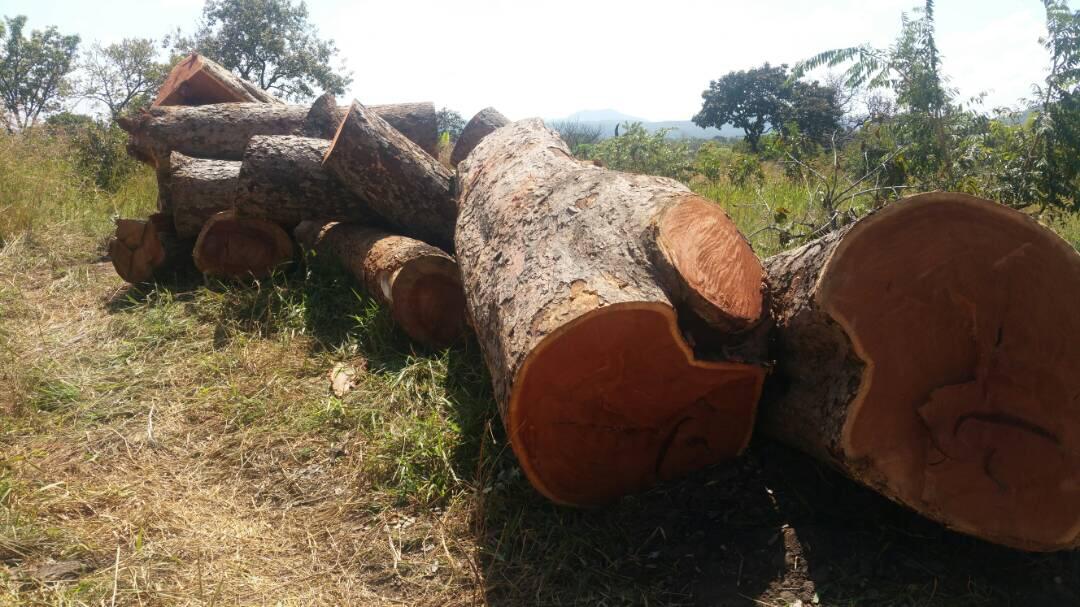 The illegal activities in Zoka Forest that include: logging, lumbering, charcoal burning and poaching among others have attracted people from Rwanda and DRC Congo yet the vice has been difficult to stop given that the encroachers have been backed by the invisible orders from above.

ADJUMANI, UGANDA: The joint security committee of Adjumani and Amuru districts has issued a seven days ultimatum for all the illegal encroachers on Zoka Central Forest Reserve and East Madi Wild Life Reserve, to vacate or face the full wrath of the law.

The illegal activities in Zoka Forest that include: logging, lumbering, charcoal burning and poaching among others have attracted people from Rwanda and DRC Congo yet the vice has been difficult to stop given that the encroachers have been backed by the invisible orders from above.

During a joint security meeting held on January 18, 2023, in Adjumani at the office of the Resident district commissioner, the committee passed a number of resolutions as measures to curb the illegalities in the gazetted areas of Zoka Central forest reserve and East Madi wildlife conservation area.

He said some of the resolutions include a ban on logging and lumbering in Zoka forest and surrounding areas as the criminals have been operating without formal authorization from the Adjumani district Local government and National Forestry Authority (NFA).

Mr Taban Data Peter said, the action of the joint Amuru and Adjumani districts security Committee was prompted by the killing of an 8-year-old juvenile who was gang rapped and killed by unknown gangs, besides reports of criminal activities have been on the rise and were threatening the peace in Apaa area.

“All the residents in the surrounding areas will have to be screened and will have to identify themselves using the NIRA Identification cards so that intruders will be isolated and sent back to their homes”.

After the expiry of the 7 days ultimatum, a joint security operation led by Uganda Wild Life Authority rangers and the environmental police backed by Uganda police force and Uganda People’s Defense Force will swing into action and rid Zoka Forest and Wildlife protected area of encroachers or illegal settlers without any compromise.

The resident district commissioner of Amuru Mr Stephen Odong Latek in a telephone interview on January 21, 2023, confirmed that they had the joint meeting and agreed on a number of pertinent issues regarding the security in Zoka forest and the neighbouring area.

“We have tasked the two security committees of Adjumani and Amuru to come up with operational order and logistics and the amount of force required for the joint operations, we agreed to involve all stakeholders, and to strengthen coordination between the two districts” Odong stated.

Mr William Amanzuru the team leader of friends of Zoka a pressure group formed to conserve the forest and wildlife welcomed the resolution of the joint security committee meeting saying it is a confirmation of the goodwill of the government in fighting illegal activities in Zoka.

“I think the resolutions should not just remain on paper, but I will be happy to see the seven days grace period elapse and then the security forces swinging into action so that we can save our two reserves and also try to address our ecological challenges,” Amanzuru said.

The Amuru district chairperson Mr Michael Lakong distanced himself from the resolutions of the two committees saying the district security committees have now the power to pass any resolution since the issue of Apaa is already on the table of the president.

“In any way, that place is not a gazetted area, the president is yet to pronounce himself on the Apaa land issue” Lakong added.

In August last year, President Museveni gave the two cultural institutions of Madi and Acholi Shs100 million each as facilitation to spearhead the peace restoration process in Apaa.

On December 29, 2022, Mr Drani and his Acholi counterpart David Onen Acana II visited Apaa and held a community engagement during which they rallied the communities living in the area to desist from violence by embracing peaceful co-existence.
The two cultural leaders said the office of the President had endorsed their proposal to find local solutions to end rampant clashes in Apaa and Zoka areas.

The Madi cultural institution, together with its counterparts of the Acholi have already formed peace committee and trained 50 members who are now sensitizing the affected encroachers to voluntarily vacate Zoka central forest reserve and East Madi wildlife reserve.

In 2021, President Yoweri Museveni held separate discussions with the leaders of Acholi and West Nile region on how to forge lasting peace in the area and promised to convene a joint meeting with leaders from the two sub regions on November 26, 2021, where he will deliver the final verdict on the long drawn Apaa conflict but the meeting flopped and no fresh communication has been made on the matter.