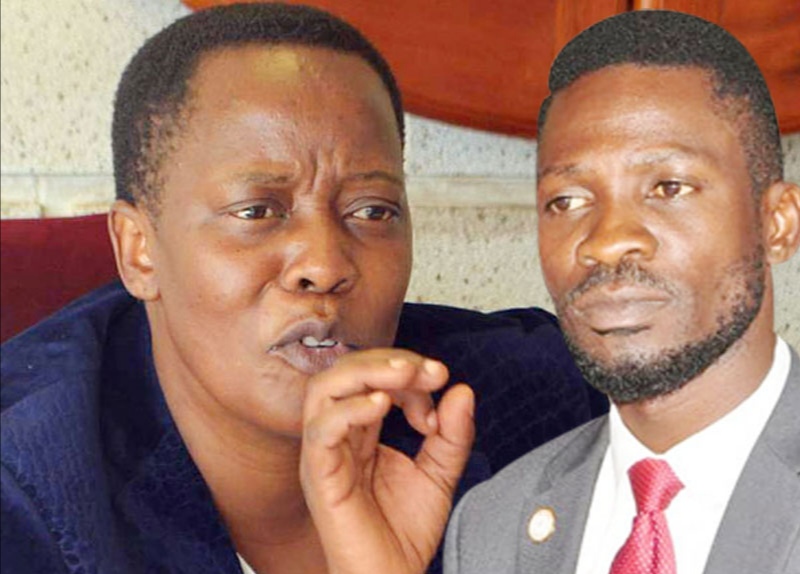 Nambooze hinted on Thursday that she would be making a major announcement following pressure from her constituents in Mukono who are urging her to switch from Democratic Party (DP) to Bobi Wine’s new party.

According to latest news reaching our editorial, Mukono Municipality Member of Parliament Betty Nambooze Bakireke is set to be the latest big wig DP leader to join Robert Kyagulanyi’s National Unity Platform ahead of the 2021 elections.

She said that her supporters have no trust in DP under the leadership of Nobert Mao. Nambooze made it known that she is considering switching to a party that is founded on very strong reason.

“For now, I wish to inform you that I am still consulting with colleagues and constituents so that the decision I will finally take will not be mine alone. I wish to assure you also that, whatever decision we shall make will be for the greater good of the struggle to democratize our country.” Said the legislator.

Nambooze exclusively revealed to Daily Express Uganda that one of the options she has in mind is to join the National Unity Platform. Should she join NUP, Nambooze will have joined Masaka MP Mathias Mpuga who also announced that he had deserted DP and is now working with People Power and NUP.

In an interview on Wednesday, People Power executive secretary Lewis Rubongoya said they were going to build the NUP party by recruiting members from existing parties.

Before Bobi Wine acquired NUP from Moses Kibalama Nkonge, many people were afraid to align with his People Power pressure group. Some like DP President Nobert Mao described the group as a school without a centre number. Mao warned DP members against joining such an establishment.

Mao says the People Power-NUP merger is a right step forward and that he will now sit with the party head to discuss how they can work together. He says he has previously held discussions with People Power and its leader Bobi Wine but the discussions never produced any fruits because of lack of structures.