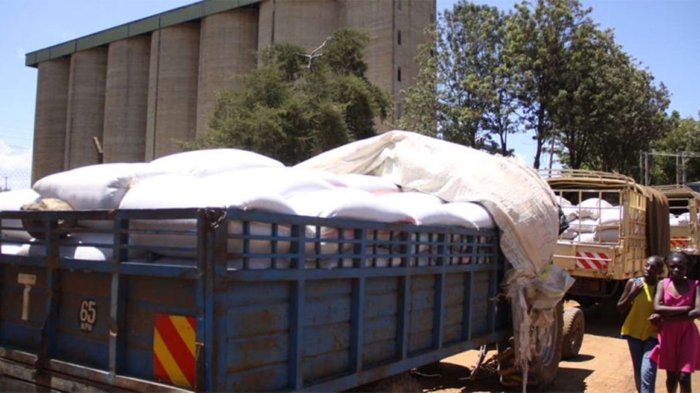 Kenya has finally agreed to lift the ban imposed on maize imports from Uganda and Tanzania under strict terms. Kenyan local media has reported.

The development comes almost 4 days after Kenya’s Agriculture and Food Authority (AFA) directed a ban on maize imports from Uganda and Tanzania over food safety reasons.

In a statement read by Agriculture Chief Administrative Secretary Lawrence Angolo, Kenya said the move is aimed at addressing the safety of consumers and that the country will not compromise on that.

Mr Angolo said the details on the warehouse would help in ensuring that the maize supplied to Kenya adhered to all standard procedures on food handling and that it was not dried on roads (tarmac).

“While we strive to give Kenya safe food by addressing the challenge in production system, we equally expect our trading partners to trade safe maize as per the East African Community (EAC) standards,” said Mr Angolo.

The ministry urged the regional countries to fast track ratification of EAC- SGS standards on aflatoxin and submit the instruments of certification to the EAC.

The certificate of conformity should indicate that the aflatoxin levels comply with the maximum required levels of 10 parts per billion.

Furthermore, traders importing maize from Uganda to Kenya will have to present certificate of origin from the counties of produce before getting clearance at the border points.

On March 5, Kenya though it’s Agriculture and Food Authority banned maize imports from Uganda citing high levels of aflatoxin in the grain, setting the stage for a trade war between the two neighbouring states.

The Kenyan government later noted that imposed a ban on imported maize was a move seeking to curb cancer-causing aflatoxin on the imported crop.

The lifting of the ban raises the hope that Uganda can return to being Kenya’s major supplier of maize. According to data from the Ministry of Agriculture, maize exports to Kenya rose five-fold in January 2021 rising by 418 percent to 523,000 bags from 101,000 in January 2020.