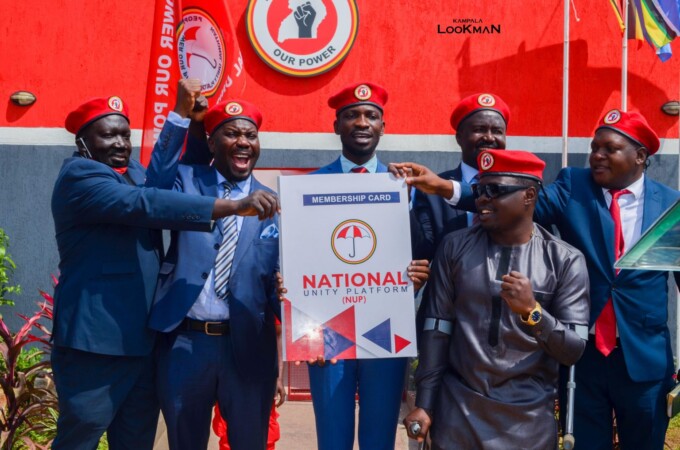 The leadership of the National Unity Platform (NUP) party is today meeting to select the Leader of Opposition (Lop) in the 11th Parliament.

This was confirmed by the Party’s secretary-general Mr. Lewis Rubongoya who admitted that they are running out of time, and that is why today’s meeting is crucial.

“We are still doing meetings, by end of today we will have a position,” Mr. Rubongoya told this reporter in a telephone interview.

“The party will have a meeting today to discuss the options and we shall let the country know. By Monday, we shall have that matter settled,” Mr. Mpuuga intimated to this reporter.

With majority seats in the 11th Parliament, NUP is taking over leadership of the Opposition in the House from the Forum for Democratic Change (FDC) that has held the baton for three five-year terms.

Article 81 0f the Constitution as amended creates the position to oversee the affairs of the Opposition in Parliament.

Asked whether party president Robert Kyagulanyi, alias Bobi Wine, will have the final say on the appointee, Mr Rubongoya said there are various steps to be followed, away from the president’s thoughts and wishes.

“He is the one who chairs the party organs and when not available, he delegates but he does not have to have an input directly. Even if he had a nomination, they would subject to these organs,” Mr Rubongoya said

Factors such as regional balance and the gender question are also being considered.

Mr Rubongoya, however, dismissed claims that the position has been ring-fenced for a few members, who are seen to be more experienced in how the House works.

Sources privy to the matter indicate that the contest for the position is tight among Mr Mpuuga (Nyendo-Mukungwe), Mr Medard Sseggona (Busiro South) and Mr John Baptist Nambeshe (Manjiya County).

“All our MPs are potential candidates because the law says the LoP shall be selected from among MPs, so they are the ones we are looking at,” Mr Rubongoya said.

According to the Administration of Parliament amendment Act 2006, the Leader of the Opposition principal role is to keep the government in check.

The LoP also appoints the Shadow Cabinet, is a member of the business committee, and participates in the determining and scheduling of Parliament business and sits on the Parliamentary Commission.

The LoP also gives the official response to the President’s State of the Nation Address.

“The Shadow Cabinet will be selected after this other side (Executive) announce their cabinet and we are consulting with our comrades because we are looking at these positions as mission oriented to aid the struggle,” Mr Rubongoya said.