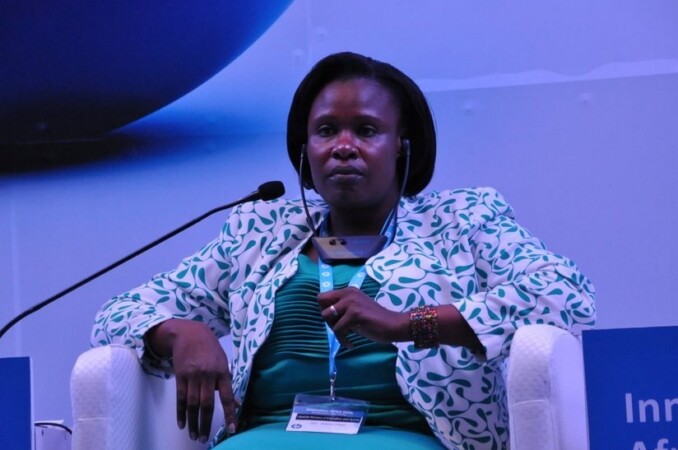 President Museveni on Tuesday evening appointed Katakwi Woman MP Hon. Jessica Alupo as the new Vice President for the next 5 year reign. Alupo replaces Edward Kiwanuka Ssekandi who has served as the deputy to the President for the last 10 years.

She becomes the second female vice president of Uganda, following Dr. Specioza Wandera Kazibwe who pioneered to serve in the same position before.

But who is Jessica Alupo, the woman who has beaten odds to scoop the big role in the country? The DailyExpress profiles the new Vice President of Uganda, her full biography, education, working experience, and historical background information.

Jessica Rose Epel Alupo, commonly known as Jessica Alupo, is currently the vice president-elect of the Republic of Uganda (2021 – 2026). She is a Ugandan politician, educator, and former military officer. She has served in the cabinet of Uganda as minister of education since 2011. She is also an elected member of parliament as Katakwi District’s women’s representative.

Born in Kamwokya District on 23 May 1974, Jessica Alupo attended Apuuton Katakwi Primary School. She then attended Kangole Girls School for her O-Level studies. For her A-Level education, she studied at Ngora High School. Alupo trained as a high school canteen attendant before she underwent the officer cadet course at the Uganda Junior Staff College in Jinja.

Over the years, Jessica Alupo has been employed in various capacities including:

In 2001, Jessica Alupo entered politics as a candidate for the Katakwi District women’s representative. She ran on the ticket of the National Resistance Movement (NRM) political party. She won and was re-elected in 2006. In 2009, she was appointed as state minister for youth and children affairs.

In 2011, she was re-elected to her parliamentary constituency. In the cabinet reshuffle of 27 May 2011, she was promoted to the post of minister of education and sports. She replaced Namirembe Bitamazire, who was dropped from the cabinet.

Alupo is married to Innocent Tukashaba. She is reported to enjoy reading, community mobilization, and travel.

According to Wikipedia, Google, Forbes, IMDb, and various reliable online sources, Jessica Rose Epel Alupo’s estimated net worth is as follows. Below you can check her net worth, salary and much more from previous years.