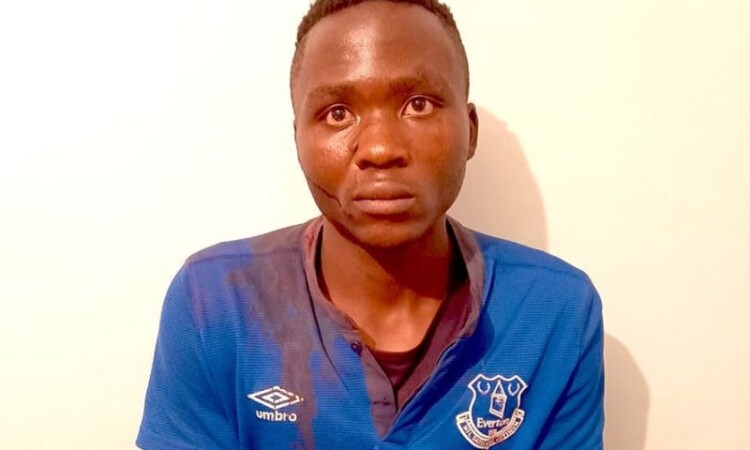 A 20-year-old man described as a “bloodthirsty vampire” by Kenya’s Directorate of Criminal Investigations has been arrested in connection with the “cold-blooded murders” of at least ten children.

According to a local news site, the accused Masten Milimo Wanjala confessed to the killings, telling police he occasionally sucked the blood from the veins of some of the victims before killing them. Police added he started his killing spree when he was 16 years old and his targets were children between the ages of 12 and 13 years.

Authorities also said they suspect Wanjala carried out the murders for ritual purposes, adding that the accused killer informed them he dazed his victims by forcing them to either drink or inhale a chemical before killing them.

Wanjala, who also told authorities he kept a list of his killings, said he established friendships with the children before luring them to obscure places to commit the crimes. In some instances, Wanjala is said to have contacted the families of his victims for ransom after abducting and killing them. His method of killing was mainly by strangulation.

“The man is unapologetic and told detectives he derived a lot of pleasure from killing his victims,” a police officer told the news outlet.

After murdering the children, authorities said he disposed of their bodies either in thickets or in sewer lines. One of his murders – which was of a 13-year-old boy – triggered protests in the village it occurred. And irate residents ended up burning the house of someone wrongly accused of the killing.

“When I killed the child back in the village, I took some concoction, that is what drives me to kill,” Wanjala recalled. Authorities have been able to recover the bodies of three children Wanjala allegedly murdered.

Wanjala appeared before a court on Thursday and a judge ordered he should be detained for 30 days while police continue to investigate the killings and locate the bodies of the other victims.