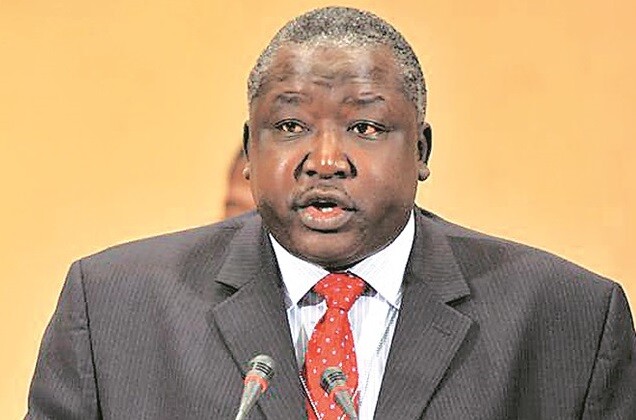 The State Minister for Foreign Affairs, Mr. Okello Oryem has finally spoken out on reports that Turkey-based Ugandan blogger and government critic Fred Lumbuye has been arrested.

While addressing journalists at Uganda Media Centre in Kampala on Wednesday Mr Oryem said Mr Lumbuye was not a special person and should not expect to be treated exceptionally if he broke the law.

According to Oryem, the motormouthed NUP leaning blogger is not above the law, and therefore the news of his arrest is a plus to the government that has for long tracked him down to slap charges against him.

“I heard that he has been arrested. And if he’s arrested because of a crime he committed, then he deserves to be arrested because of that crime. Anybody who commits a crime in any country whatsoever will pay the price for committing for breaking the law, including in Uganda. That person you’re talking about is not a special person. Who is he that he can be above the law irrespective of where he’s he is! The law is very clear in all countries; you break the law, you pay the penalty. So if he broke the law then he will pay the price,” Mr Oryem said said.

“And I would have thought that every single one of you would be celebrating that this person committed a crime and he’s been arrested and being brought before the court of law but now it seems you’re sympathizing with him,” he added.

However, officials at the Foreign affairs ministry said this morning that the Uganda Embassy in Ankara is yet to receive official communication from the relevant law enforcement institutions of Turkey in regard to Lumbuye’s case.

Reports circulating from the Ugandan Community in Istanbul- Turkey have been making rounds that Lumbuye also known as Chemical Ali was arrested by unknown people and whisked away to an unknown destination.

Lumbuye’s colleagues alleged that he was arrested by the Ugandan embassy in Turkey as he tried to renew his passport.

Police and government officials have in the past accused Lumbuye and other bloggers of misusing social media.

His ‘arrest’ comes just a month after President Museveni on July 8, directed security operatives to track down Ugandans who allegedly use social media to spread false news.