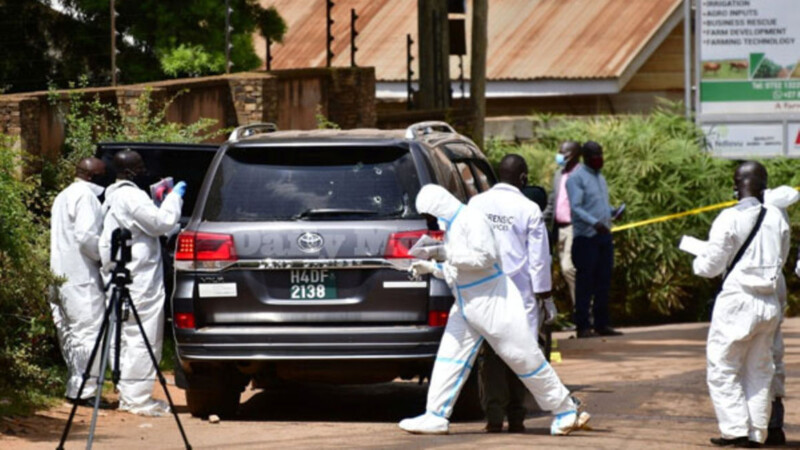 Forensic experts search for clues at the crime scene in Kisasi, Kampala, where Gen Katumba Wamala was shot on June 1. PHOTO/Daily Monitor

The Grade One Magistrate at Nakawa Court Mr. Posiono Odwori on Tuesday remanded the accused until August 17 after State Attorney Barbra Kyomugisha informed the court that investigations in the matter are still going on.

“Your Worship, investigations in the matter are still going on. We pray that the matter is further mentioned,” Kyomugisha submitted.

According to the charge sheet, the prosecution alleges that between March 2015 and June 2021, while at various places in the country, the accused involved themselves in attacks and murders on Uganda People’s Defence Forces (UPDF) and Police personnel, civilians, and police establishments without any due regard to safety.

The charge sheet indicates that On June 1 2021 at Kisaasi Central Zone within Kampala, the accused attempted to murder Work’s Minister Gen Katumba Wamala and his bodyguards Sgt Khalid Kuboit and Boniface Mucunguzi.

The group is also indicted with the murder of Gen Katumba’s daughter Brenda Nantongo and his driver Sgt Haruna Kayondo on June 1, 2021. The first court against them is pegged on alleged terror acts.