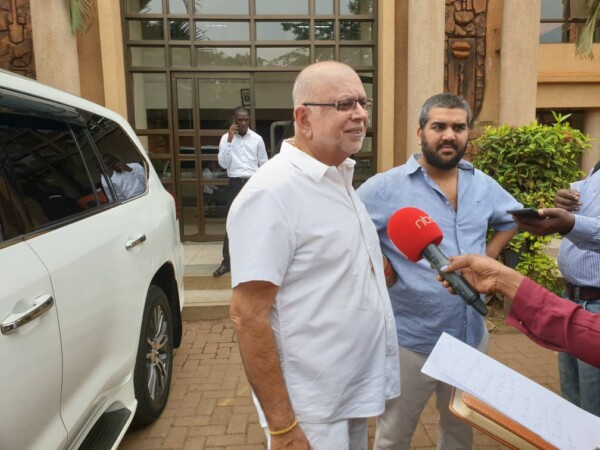 The Ruparelia Group, a Ugandan-owned business empire has announced plans to establish a new state of art music record label in Uganda as it aims at promoting the talents of Ugandan youths in the entertainment industry.

According to a well-established source at the Ruparelia Group, the new music record label will manage and promote musical artistes in the country.

This website has exclusively learnt that Dr. Sudhir’s son, Mr. Rajiv Ruparelia who is also the Group’s Managing Director is undeniably the brain behind the project as he moves to venture into the music industry, thanks to his popularity among Ugandan artistes primarily due to his support toward them.

According to Rajiv, the new record label will aim to establish a healthy competition with the existing labels in Uganda as it projects to become the leading music label in Uganda and East Africa

His great love for Ugandan music and Ugandans artists like Spice Diana and Ykee Benda prompted him to start the record label. Rajiv’s soft heart for musicians has seen him sponsor the education of young stars including Fresh Kid and Felista at the family’s Kampala Parents School through the Ruparelia Foundation scholarship scheme.

The Ruparelia group managing director also said that the aim of this label is to start recording Ugandan music beyond borders and that his going to do this with the help of a friend in England ( names withheld ).

Citing an example, Rajiv said the new music label record (which he did not give its name) could start off with managing Fresh Kid who joined Kampala Parents school after breaking through the limelight early last year.

The Ruparelia Group of Companies, commonly referred to as the Ruparelia Group, is a privately-owned conglomerate in Uganda. Sudhir Ruparelia, a wealthy Ugandan businessman, is a shareholder in each of the companies in the Group

As of February 2018, Ruparelia Group is mainly involved in education, real estate development and management, hotels, resorts, floriculture, and broadcasting. Sudhir Ruparelia, the Group’s founder and chairman, is the majority shareholder in the companies that comprise the group. In November 2012, Forbes Magazine estimated his net worth at US$900 million, making him the wealthiest individual in Uganda at the time.