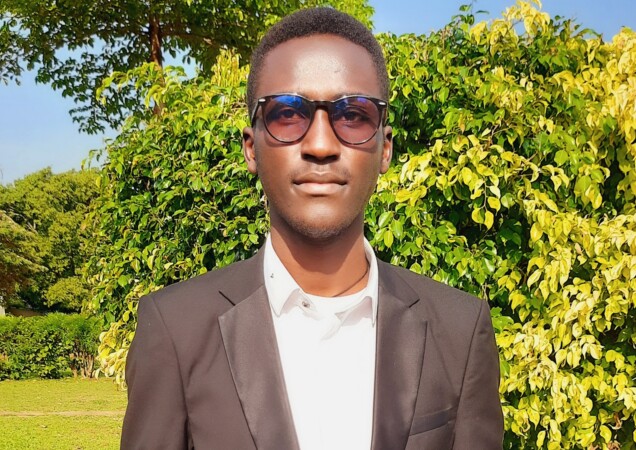 We are living in a world that demands a lot, ample is necessitated yet it can’t be attained in a flash or even in the long-run. Man has not ever been contented with what he has; we are just on crave-roads of longing for supplementary. Our gluttony is yearning so relentlessly but is it worth it? Is the world in copiousness to settle our rarity? We are just on the verge of exhausting each and everything God created. In the beginning, it is stated in belief that God created the world and all he created was good. We, on the other hand, were created to be in control of all God’s creation. But, have we stood up to this mandate?

Meanwhile, looking at the word ‘scarcity,’ it is the limited availability of a resource in relation to a want for that need. In other words, scarcity is a term that refers to humans’ unquenchable appetite for possessions. We never get enough because there is always something else that we need or want. On the other hand, the term ‘unlimited desire’ is the side of human nature that wants an infinite number of things. The world became so demanding and everything seems too less. Humans are limited and resources used to satisfy those wants are inadequate thus shortage. Ask yourself, why do you work? Why do you ask for this or that? Scarcity is inevitable in our lives because we are limited and the resources desired are limited to.

Nonetheless, to gratify given ends is a pervasive condition of anthropological nature. People living in a world of insufficiency, cannot have all the time, coinage, possessions, and experiences they wish and neither can society. We should come to a common understanding that time is the new scarcity. How many people die when they desire more time? They don’t want to die because they want more time to live with their loved ones or things that became part of them. Those who don’t have access to certain things experience scarcity of those things. Poverty is one of the common things we encounter, and it is an issue of scarcity of money, but how can we curb poverty? It is fighting scarcity and at the end of the day, it is permanently a question of human nature.

More so, allow me to ask you a question? Why is man always on crave-roads of longing for add-ons?  It is a query and a characteristic which is within us and it calls for personal acceptance of what we have. It is so perplexing that whenever people are asked for money or anything valuable, their usual reply is: “there is no this,” “I lack this,” among other replies. We easily relate with scarcity even though we attain something, this is essentially the cause of our insatiability and fear to detach ourselves from the worldly things. This reminds me of that man Jesus tells to go and sell all his possessions, give the money to the poor, for the treasure in heaven (Matthew 19:21).  This man goes back sad, do you know why? It is because we are slaves of possessions, we do enjoy a world of scarcity and seeing others lack seems okay to us.

However, is it true that this world is a limited world?  There are things I don’t believe in but for true identity, it is limited. And by the way, what could be the cause of the notion that there are limited resources for all of us to enjoy? To note this well, we are technically failures in maximizing resources now and then. When we take time to analyse the greediness among fellow humans, we shall see that it is us the people who make the world a limited world, not God or anything else but us. For God created the world for us to adventure and at the same time, He gave us the free will which we literally misuse and create the imbalances in our distribution of resources.

Actually, nowadays, man’s greatest complaint is all about scarcity of something and this era being a monetary world, no complaint is on people’s mouth than that of scarcity of money. Complaints, uneasiness, greed, hopelessness all draw from scarcity but in a similar vein, it fosters fortitude, hard work and desire for those who are robust and optimistic. Its high time people realised the concept of simplicity and possibility. Wayne Dyer says, “there is no scarcity of opportunity to make a living at what you love; there’s only scarcity of resolve to make it happen.” My credence is entrenched in positivity of owning this concept of scarcity, at the same time, we are expected to be as devoted to this course as a faithful dog.

Surprisingly, things that are with us are given less attention, and we tend to yearn for things far away. We exhaustively spoil the things we are attached to in a passive way because we don’t want to make important things available. We can’t have everything that we want so we have to choose. It is because of scarcity that we individuals and our societies make choices. In all situations, we chose one and relinquish the other though we wouldn’t want.  It is through choice that we can cop up in a world of scarcity. Is there a life lived without choices? Choosing this or that is what it is, it is what we have to live with, it is a characteristic of the free will we hold.

In addition to that, the impossibility in a world of scarcity is that we will never meet all of society’s wants. As a matter of fact, we can’t give everything to ourselves and to others as parents, as children, as leaders because of deficiency. We cannot have it all. The higher your standards rise, the higher the desire to satisfy those standards and then, the principle of choice is indoctrinated. Some deal with scarcity as a negation. But when you open your eyes to positivity during times of scarcity, there is a gaining which is unsurpassed.

It is right if I say that it is the same scarcity that pushes man to do better and not to settle for less. We are a capable being, fully packed with myriad aptitudes to turn scarceness into availability. Am introducing a new term we have all heard of but which we have literally failed to up towards its demands. I would like to share with you the words of Robert Anton Wilson with whom I share the same mind, he said, “we live in an age of artificial scarcity, maintained by ignorance and fear.” It is true that in this epoch of modernity, we are shaped by scarcity that pushes us to fabricate solutions at a very high cost in time and energy thus crushing. What should hold you to have that go ahead in fighting ‘scarcity’ for ‘availability’? This world is not for the weak.

In explaining evolution particularly, a scientist and a British naturalist Charles Robert Darwin (1809-1882), gives three factors explaining how evolution comes about. The first factor is the accidental variations occurring continually in nature. Second, there is the struggle for existence and thirdly, there comes natural selection. Am mostly interested in the second factor that in the course of evolution, there is a struggle for existence. Food supply is limited but each animal has to fight to get a share. In the natural selection: the slower and weaker ones will be eliminated and the strong and fast will survive. All in all, it’s survival for the fittest. This points to how limited resources are and there will always be that momentum to own something in this scarce world. Find, do and own something no matter how scarce things seem to be.

There’s an interesting relationship between scarcity embedded in our societies and our spirituality. It could be compared to when we are in a spiritual desert, yearning for that only oasis to quench our thirst. Christ becomes the only solution to this scarcity we feel. It is he who gives that everlasting life which makes us sharers in the heavenly eternal life. This scarcity makes us agitated as it creates that sensation of lack but the solution lies within the son of God who calls us to eat his body and drink his blood in form of the sacrament of the Eucharist. St Augustin gave us a solution when he said, “our hearts are restless not until they rest in you Lord.” In the fullness and in the relaxation of our lord Jesus Christ, scarcity is nothing because it is, he who owns all reality and transcendence.

In a nutshell, no one would want to lack this or that. In most cases, scarcity is what people create in order to gain power and control. Super power countries and strategists of situations love creating scarcity such that they create opportunity. Most times the benefits are self-centred which is so ruthless as the sea. In those trying times, we ought to make a positive change to make a world full of availabilities to all those who are in dearth. We are reminded that it is the company that makes the feast, it is now that we should lift the hands of those in shortage with an aim of making this world, a world of availability not a world of scarcity.