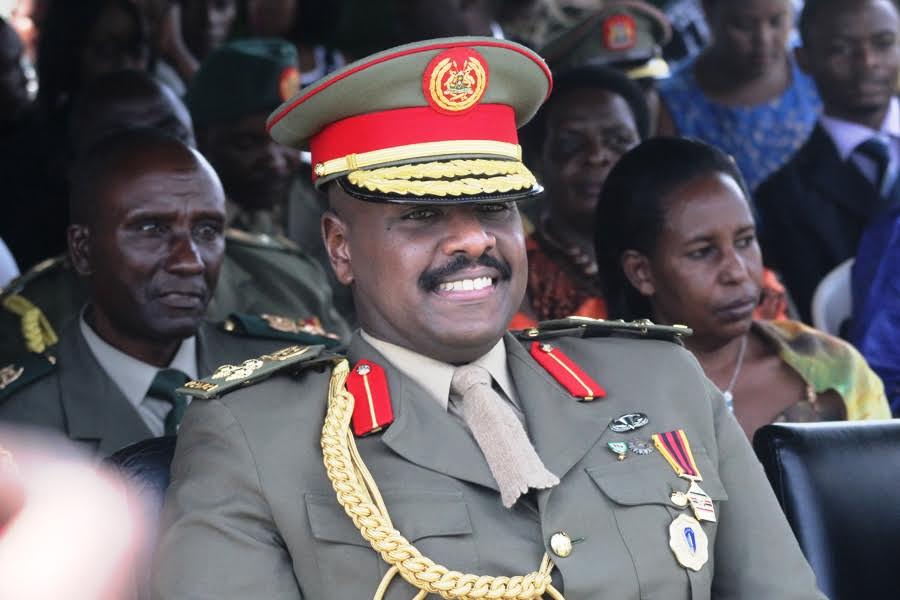 General Muhoozi kainerugaba has interests of all Ugandans and is able to serve us beyond self evidenced from special operations he has commanded and always achieved bigger success.

Historically right from the time of colonialism and post colonialism Uganda has faced a lot of political social and economic praise. On 9th Oct 1962 Uganda gained her independence with Dr Apollo Milton Obote a lango leader of UPC as prime minister.

In 1963, Uganda became a republic and Mutesa was elected the first president of Uganda.
In our first years of independence the struggle between the central government and Buganda dominated at the time. And this was caused by tribalism and superiority complex from Buganda. It was in 1966 Dr Milton obote introduced the new constitution that ended Buganda’s autonomy.
The Baganda became rebellious when Dr Milton Obote captured the kabaka’s palace at mengo that forced the kabaka to flee the country. This ended Buganda’s resistance against Dr Milton obote

In 1967 Dr Milton was forced to formulate a new constitution that introduced giving the central government especially the president much power .This made Dr Milton abolish kingships.
However this created enemity the more and Baganda were not happy with actions taken by Dr. Obote. In 1969 Obote decided to follow a leftist course in the hope of bridging the country’s ethnic and regional differences through a common social policy.

Uganda underwent through tough times since then. In 1971, Dr. Obote was out of Uganda and  was deposed in a coup by Maj.Gen Idi Amin. This marked end of obote 1 government.
The leadership of Idi Amin was characterised by dictatorship, massive killings and torture of fellow Ugandans. The regime was more of tribalism, nepotism, and segregation based on religious and political differences. Idi Amin was to rule the country for the next eight years.

In an attempt to annex the kagera region from Tanzania to Uganda, Uganda invaded Tanzania in 1979. This marked the beginning of the ending of the Amin regime. In a counter attack, Tanzania launched a successful invasion in 1979 and effectively unified different anti-Amin’s forces were driven out and Amin himself fled the country. This ended the period of dictatorship and bloodshed government. Uganda National liberation front (UNLF) was driven out.

Uganda had several heads of state under UNLF Prof. Yunus lule, Godfrey Binaise, and Paul Muwanga as the chairman of the military commission. UNLF because of being disorganised and suffering from internal strife was swept out of power by Milton obote and his party UPC. This marked the beginning of Obote ii regime However because Obote’s regime was characterised by tribalism and segregation.

Under the command of Gen Yoweri Museveni conducted guerrilla campaigns throughout the country and following the withdrawal of Tanzania troops in 1981, attacked former Amin supporters. In the early 1980’s approximately 200,000 Ugandans sought refuge in neighbouring countries Rwanda and Sudan.

In 1985, a military coup deposed Obote and Lt.Gen Tito Okello became head of state
Because NRA was not given a role in the new regime, it continued its guerrilla campaign and captured Kampala in 1986 and its leader HE: Yoweri Museveni became the new president.
Immediately H.E Yoweri Museveni under his NRA took over after a short time a flesh election was organised and he was voted massively. President Museveni restored kingships that were abolished by obote. This proved to Ugandans that the new president is not tribal and non segregative and it gave a new hope for all Ugandans.

Uganda has achieved a lot with president Museveni that includes;

1. Improved levels of literacy through UPE, USE, National merit, loan schemes all educational initiatives to improve education in Uganda.
Over 8 public universties are now available, government aided primary school in every parish in Uganda , govenment aided secondary schools in every sub county and with over 54 both private and public universities, and very many government and private tertiary institutions around the country. This has increased and improved access to education hence fighting illiteracy and ignorance among the population.

3. Improved agriculture where our agricultural exports have increased and our domestic foods are stable.
4. Infrastructual development many roads have been put in place, farmers easily access markets for their commodities and this has greatly improved people’s standards of living.

5. Security has been greatly improved. President YKM has bridged the gap between civilians and military to the extent that you may not easily differentiate a civilian from a military person. It is in Uganda where one can move from one boarder to another without being asked where he is going or what his carrying in the bags because security and intelligence have been greatly improved.

7. Presidential initiatives to fight poverty. President Yoweri Museveni introduced a number of programs all aiming at eliminating poverty from both the Young and old. Eg. NAADS, Operation wealth creation, youth livelihood fund, women empowerment fund, emyooga fund, parish development model,  revolving fund. Ugandans have enjoyed and benefited from these initiatives to fight poverty. However some Mafias and haters of government have always taken advantage of the these initiatives to steal Money for such programs, however they are being handled slowly slowly.

President museveni has achieved this because of being tolerant to everyone irrespective of tribes, religion, social and economic status. He has worked and touches every soul on the soil of Uganda.
From this background of Uganda basing on where we are now, we wouldn’t like to go back to the dark days that used to be characterised by torture, dictatorship, tribalism and segregation. We have seen that the biggest problems of the past presidents were tribalism as a major problem, nepotism, segregation based on tribes and religions.

Gen Muhoozi Kainerugaba has been groomed socially, economically and militarily and can best protect the interests of Uganda. Through his hard struggle General Muhoozi kainerugaba has earned a lot and is not financially poor. Therefore the disease of corruption failing Uganda will be ended by this young ambitious General.

General Muhoozi kainerugaba is not a tribalistic man he is able to continue uniting all races irrespective of our social economic status. From history we have seen that what used to fail the precious presidents is because of being tribal centred and segregation.

General Muhoozi kainerugaba has interests of all Ugandans and is able to serve us beyond self evidenced from special operations he has commanded and always achieved bigger success.
Its from the above background I stand firm to front and support Gen Muhoozi Kainerugaba as our next president.

The author is; Tukwatanise Musa,
Thepoliticalantidote
MusaTukwatanise@twitter
0770977545@whatsapp
musa81t@gmail.com
A patriot and youth leader , Sheema district. Uganda.
The researcher is a biologist.