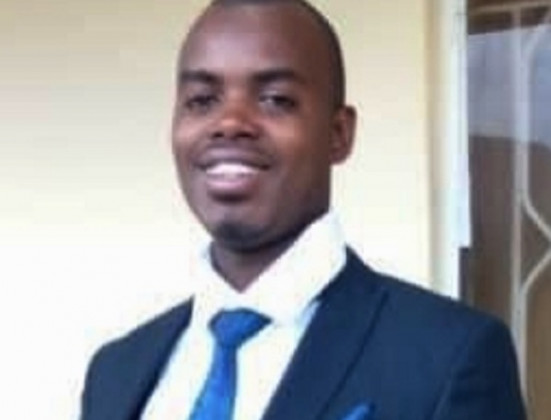 Politicians, and other leaders, however, need to learn that RDCs are representatives of the President and not the political assistants of those politicians.

The Author: Joseph Kiyimba, is an NRM Cadre, and a Media Panelist

The reshuffle of Resident District/ City Commissioners (RDCs/ RCCs ) might be a week behind us, but the fire from it continues to blaze with aggrieved circles spitting endless venom, mainly on social media.

Line Minister, Milly Babalanda, has specifically been targeted by the different hostile camps accusing her of sidelining them, their people, districts, and regions in the deployments, in complete disregard of the fact that it is President Yoweri Museveni who appoints these officials.

The reshuffle has already happened, appointment letters printed, or even issued out. Therefore, in this postmortem report, I will only give my views as a person.

To begin with, the culture of questioning the appointments made by the President seems to be a very infant one that all that believe in the current Government must fight with the utmost vigor. Just like Cabinet members, the appointment, and replacement of RDCs, RCCs and their Deputies is an exclusive reserve of the Head-Of-State, in consultation with some stakeholders, or institutions as he may wish. While selecting who he deems suitable for the job, priority is normally given to competence rather than region, tribe, religion, or any other sectarian yardstick. This makes concerns about who got this and who did not get what complete ridicule to the Appointing Authority.

On “this region got more than the other”, it’s very regrettable and shameful. This happens to be possibly the first time appointments by the President are getting discussed on tribal grounds in the loudest of voices. Why? There was a time one Constituency whose MP was Minister for the Presidency got 25 RDCs and this type of uproar was not heard of. Why now?

I have also learned, independently, that some politicians had assured their loyal mobilizers of appointments as RDCs which never came to pass. The delay of the reshuffle could even have made things more tricky for the politicians as the number of those seeking such favors continued piling up. When it finally came, there were no more excuses, but to find a scapegoat in the Minister, and surprisingly, their gullible voters seemed to be taking the bite seamlessly.

Politicians, and other leaders, however, need to learn that RDCs are representatives of the President and not the political assistants of those politicians. Leveraging on their deployments as a reward to whoever serves their interests is absolutely not right.

There have been concerns over how many RDCs were dropped in the reshuffle. Luckily enough, the number of new entrants has not been castigated.

This means that whereas these people seem to be content with the new force injected into the system, they, surprisingly never wished to see anyone dropped!

How, then, could you have new appointments without dropping some?

The President has on several occasions castigated RDCs for sleeping on the job and letting the Government down as far as improving service delivery is concerned.

Rampant corruption, land fraud, spiraling poverty levels, insecurity, are just some of the many intolerable misdeeds that were prevalent under the watch of RDCs.

President, Museveni, a few months to last week’s reshuffle, complained about RDCs with political ambitions whom he said end up being compromised. Many had already made their political plans public. Their personal ambitions outweigh performance of the duties for which they were appointed.

The public has also been crying out repetitively about RDCs involved in acute land fraud. I am aware of a certain RDC in Buganda who acquired a square mile of land here in Buganda, and surprisingly, he is one of those some people wouldn’t have wished to be dropped.

The recent nationwide tour by Minister Peter Ogwang was a big eye-opener. The gross corruption and misappropriation of taxpayers’ funds discovered in the various districts demonstrated an urgent need for changes in the RDC, RCC and their Deputies since they are charged with supervising Government projects.

There is free radio time in every district but being a journalist myself, it’s laughable how this airtime gets wasted as the officials opt to look away.
This, I think, deservedly called for a shake-up and the President did just that.

Even as I scratch my head to understand the pain of those dropped from the positions, I wonder why one Minister is overly criticized for her efforts to clean up a department under her direct supervision yet all Ministers do their best to weed out staff members they feel could compromise efficiency levels. Isn’t this foul play and witch hunt?

I think the right thing to be done would be to give the appointed team a conducive atmosphere to execute their mandate.
In case they fail, that is when they can be reported to President Museveni- the Appointing Authority and Babalanda- their supervisors. Casting judgment of none performance against the new team even before they start their work sounds unfair. Time will judge them.

It also shows that those complaining failed to perform, hence shifting blame to the President. It’s an to him yet he wields Constitutionally derived powers to hire and fire as he wishes. The aggrieved must do soul-searching and stop such selfish tendencies which, as I see, will cause them to be left out again when another reshuffle is announced.

The Writer, Joseph Kiyimba, is an NRM Cadre, and a Media Panelist