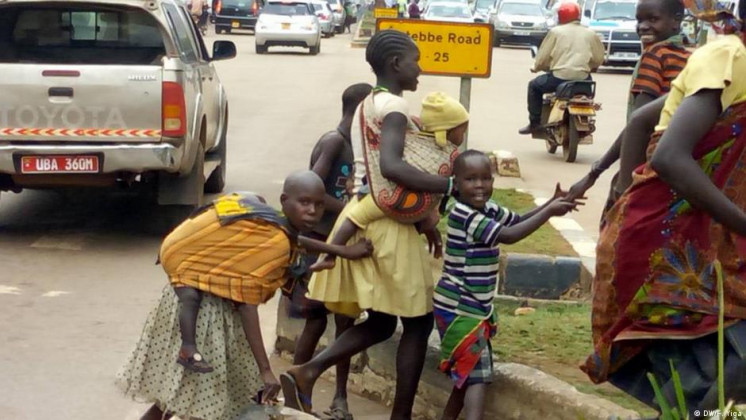 According to the KCCA Director for Gender, Production and Community Services, Godwin Gumisiriza, the children were taken to Koblin Youth Rehabilitation Centers in Napak District

KAMPALA, UGANDA: Barely a fortnight after the government evicted children from the streets of Kampala, several children are back on the streets. On Monday last week, Kampala Capital City Authority-KCCA and the Ministry of Gender, Labor and Social Development conducted an operation in which, 260 children were rescued from different streets of Kampala.

According to the KCCA Director for Gender, Production and Community Services, Godwin Gumisiriza, the children were taken to Koblin Youth Rehabilitation Centers in Napak District where all except one of the rescued children are said to originate.

The children were picked up mainly from major traffic junctions including Wandegeya, Jinja Road, Fairway hotel and from main roads like Kampala Road and Jinja Road. However, the following day, many children showed up on the streets and the number has been growing steadily. The children are now seen begging money from road users.

Yasin Kyeyune, a resident and local leader from Masaku zone in Katwe 2 Parish, says that on a day when such operations are conducted, many children flee and are seen in the communities such as Katwe, away from the city center.

A number of street children access streets in Kampala through neighboring suburbs such as Masaku zone. Kyeyune says that it was uncommon to see children begging from road users in traffic jam in such suburbs but after the operations in the city, several have moved to the communities.

According to data from KCCA, there are over 1000 street children who roam the streets. The routine government operations have seen a few children evicted but others have been creative enough to expand operations to other streets in Nakawa, Bukoto, Ntinda and along Entebbe Road where they previously weren’t.

Kiggundu Mirundi, the Chairman of West zone in Katwe, says that when there is an operation, handlers of these street children mostly mothers inspect community roads and set up what he called roadblocks to bar the little ones from returning to the streets where they would be trapped and taken to rehabilitation centers.

Kiggundu says that government should target the people who bring these children to the streets if it’s to effectively deal with the issue. These older people take cover behind billboards or in city corridors watching the children they have deployed to beg and ensure they are doing the job.

A number of the children on the streets come from the Karamoja sub-region in North Eastern Uganda but live in slum areas of Kisenyi and mostly Katwe. In Katenda zone, Katwe 2 parish in Makindye, is where hundreds of Karamajong people reside, renting small houses as a block and sometimes lodging in houses where they pay per nigh spent.

Luutu Mukasa from Katenda zone says that as early as 5am, children are moved for posting on Kampala streets to start begging. He thinks that it is the poverty and insecurity in Karamoja that forces mothers to deploy their children to the streets or sell them to people for deployment.

Mukasa says that the stories that several of the Karamoja people in his area tell are of war, Cattle rustling and lack of food, which forces them to come to Kampala in search for survival hence ending up deploying on the streets to beg.

Another person who holds the same sentiments like Mukasa is Faith Kembabazi, the Executive Director of Children at Risk Action Network-CRANE. She says government should address the push factors like poverty, insecurity and lack of education.

She says that if people in the Karamoja sub-region are economically empowered, parents sensitized on protecting children and for children the relevance of staying in school, the situation is likely to change. She also says that local governments in Karamoja sub-region should intensify the fight against child trafficking to Kampala and other towns in the country.

Meanwhile, despite the influx of children on the streets, it’s unlikely that government shall rescue all of them soon. This is because there are no sufficient facilities to take them for rehabilitation. KCCA’s director for Gender, Godwin Gumisiriza says that that the main challenge they face in rescue operations is lack of sufficient places where to take the children.

KCCA under clause 11 of the Child Protection Ordinance 2022 is mandated to rescue children whose rights are being abused, begging on the streets. But KCCA needs among others, facilities were they can take all these children counted in over one thousand.

According to officials in Napak District, Koblin Rehabilitation Youth Center where street children are usually taken can only accommodate a maximum of 100 children at a time. Section 96 of the Children Act mandates the Central Government to establish a National Rehabilitation Center for Children. The Ministry of Gender is yet to respond to our request to answer to what strategies they have to deal with street children and plans for establishing a National Rehabilitation Center for Children to serve the thousands of children on the streets in Uganda.