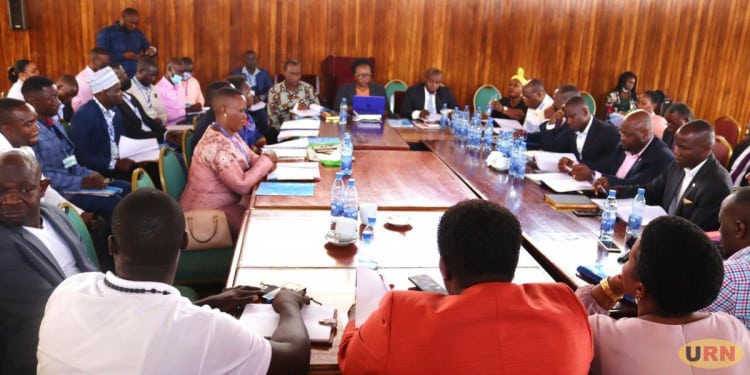 This was revealed by Mwine Mpaka, the Committee Chairperson while presenting its investigation report during plenary sitting on Wednesday.

KAMPALA, UGANDA: Parliament’s Committee on Tourism, Trade and Industry has faulted its line Minister, Harriet Ntabazi for overstepping her mandate and issuance of an illegitimate directive that has disrupted rice business in the country.

This was revealed by Mwine Mpaka, the Committee Chairperson while presenting its investigation report during plenary sitting on Wednesday. The Committee’s investigation stems from a petition to Parliament by the Kampala Rice Traders Association in May, 2022.

In their petition, the aggrieved rice traders cited that Ntabazi’s directive to install the Rice Agribusiness Development Foundation (RADFO) as an apex body with autonomous powers to import rice, fleeced them and frustrated trade.

While presenting the report to the House for adoption, Mpaka disclosed that Ntabazi exceeded her powers to issue the directive, and without lawful authority instituted the apex body in the rice sub sector without involving the rice traders and associations.

Mpaka described Ntabazi’s actions as ‘disruptive and do not encourage trade order in the rice trade’ and directed her to withdraw, with immediate effect the directive describing it as ‘unfair trade policy on rice importation. The Committee’s report which was subsequently adopted by the House, called upon the Inspector General of Government (IGG) to investigate the actions of Ntabazi that ‘tantamount to abuse of office and corruption.

Mpaka explained that the Minister’s actions facilitated corrupt transactions with agents, bribery, influence peddling, conflict of interest which are all crimes provided for under the anti-corruption Act of 2009.

The report indicated that RADFO has been conniving with URA officials to fleece the rice importers of the Shilling 180,000 per ton of rice imported into the country which is exorbitant compared to Shillings 40,000 per ton that the traded were paying before the directive.

As a result of the Minister’s actions, the Committee recommends that civil action be instituted against RADFO with the aim of obtaining compensation amounting to Shillings 17.8 billion which was illegally, unlawfully, illegitimately, and fraudulently collected from the traders.

Moroto Municipality MP, Francis Adome called for a forensic audit on RADFO on suspicion that their operations are syndicated with intention to defraud traders after it emerged that the body only declared Shillings one billion to the Government out of the Shillings 17.8 billion collected.

However, in response, Ntabazi challenged the report and argued that the main objective of putting private sector entities as an apex body was to enhance proper self-regulation to create stability and trade order in the sector at the cross borders.