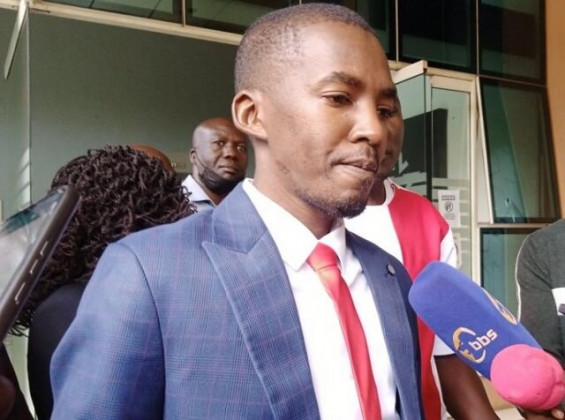 The Court presided over by Grade One Magistrate Siena Owomugisha on Friday discharged and set Nsubuga free upon reconciliation between him and the complainant Nicholas Karuhanga, as provided for under the Magistrates Court.

This is neither an acquittal nor a conviction but a mechanism of settling some misdemeanors, which is provided for in law.

This happened on June 3th 2019  at Nakasero opposite Shoprite where a one Gloria Namengo was an employee of Nicholas Karuhanga.

Following that, Namengo who is  resident of Kawempe Division in Kampala district reported a case of theft to police that Nsubuga had reportedly stolen the phone and hid it in the newspapers before getting out of the business premises.

As a result, a video went viral on social media platforms as they hunted for the face of the person who was featured therein until police reportedly saw Nsubuga’s campaign pictures looking like the person in the video.

Nsubuga was accordingly arrested in March 2021 after the Electoral Commission had gazetted him as the Busiro North MP.

Last month, Court issued a warrant of arrest against Nsubuga requiring him to come and attend trial today after he had absconded on several occasions.

But when the matter came up today, State Attorney Lydia Nakato informed Owomugisha that the case was coming up for hearing but as the Prosecutors, they received,  information that the parties had reconciled.

As a result, Nsubuga’s lawyer Juliet Nampeera had no objection to the submissions by the State.

In her ruling, Owomugisha has discharged Nsubuga and ordered him to abide by the terms and conditions of the reconciliation agreement.

According to the settlement agreement, the parties have agreed that Nsubuga pays 30 million shillings to settle the matter and this money is supposed to be paid within one month from today.